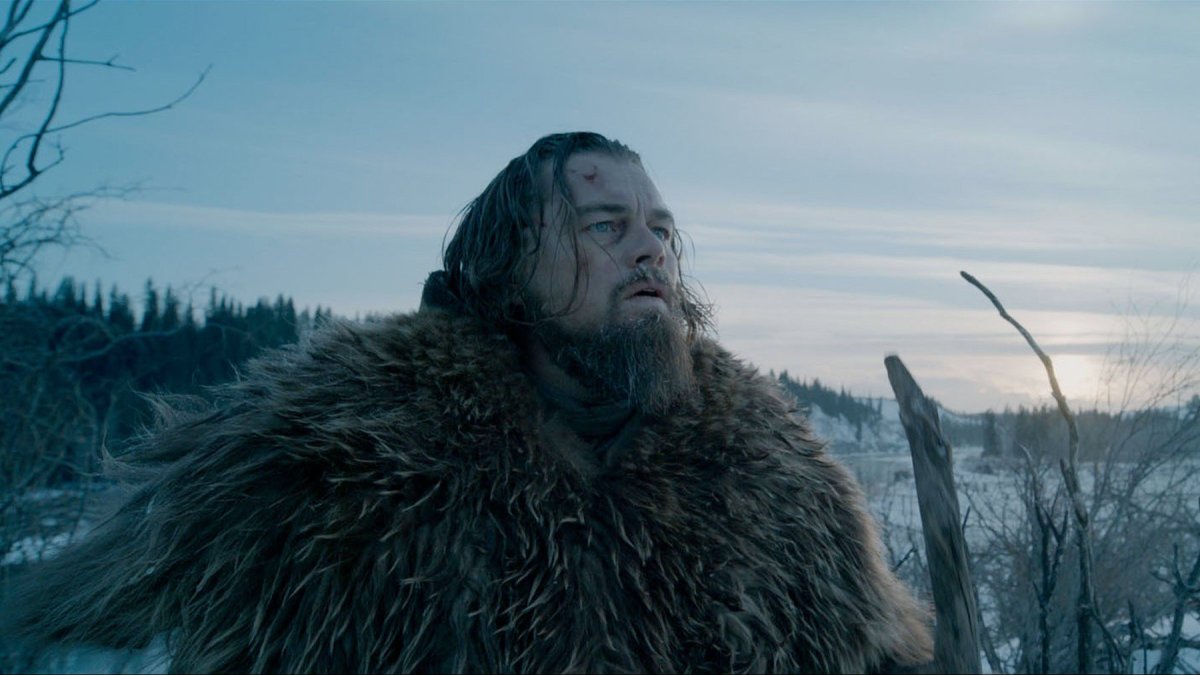 What happens when you push a man to his utmost limit? What occurs when you take everything from him including his wife and child? At the point of both physical and mental exhaustion, what carries the man forward to keep on fighting and to keep on living? Few films really probe these questions related to the power of the human spirit as realistically as ‘The Revenant.’ An excellent and unique film that was propelled to success, both commercially and critically because of the acting brilliance of Leonardo DiCaprio and through the special direction of Alejandro González Iñárritu.

‘The Revenant’ is a 2015 film that is both a sprawling epic and an intimate biography, which covers a time in American history where the West was not yet settled, and both the elements and the native population could cause a settler or a trader to lose their lives all too quickly. The film is also a western in that it depicts the rough and tumble life of a frontiersman who was at the whim of not only nature but also hostile animals and native tribes who were lurking just behind the shadows of the mountains and the forestry that surrounded them.

Hugh Glass (portrayed by Leonardo DiCaprio) is one such frontiersman who was a real-life person skilled at being a fur trapper, explorer, and a hunter. While his story was embellished for ‘The Revenant’, the legend itself while it may not have happened in all of its audacity still makes for a great movie adaptation. The legend surrounding Mr. Glass involves him being left for dead after he was abandoned by the fur trappers, he was assisting in their quest to participate in the burgeoning fur trade in the Far West of Montana, the Dakotas, and Nebraska.

After a vicious attack by a grizzly bear while out hunting for food and provisions for General William Ashley’s expedition, Hugh Glass was essentially left for dead by those men who had abandoned him even though he was still alive. Glass had killed the grizzly bear who had attacked him but was essentially rendered immobile by the attack and could not talk or walk on his own two feet for weeks. In the historical accounts, Hugh Glass was able to somehow heal himself enough to crawl, stumble, and walk over 200 miles (320 kilometers) to Fort Kiowa, South Dakota to survive.

In the meantime, he had survived attacks from the native tribes, living in conditions of winter weather and brutal cold, and avoiding potential hazards such as icy tundra, treacherous mountains, and other elements. The one thing about both the historical portrayal of Hugh Glass’s story and that of ‘The Revenant’ was how he thrived in those brutal environments given his history as an explorer and a fur trapper. If you are able to live at the edge of civilization and make a living for yourself in doing so, you should never be counted out when it comes to surviving when all hell breaks loose.

Compared to the historical legend, Hugh Glass, thanks to the brilliant acting of Leonardo DiCaprio is given a more substantive background that makes him a more relatable figure. In the two and a half hours of the film, Glass is portrayed also as a family man just trying to make his way in the world by making himself useful to both the fur trappers and the U.S. Army personnel who have come to take territory for themselves and make themselves rich in the unforgiving North American wilderness. In this cutthroat environment, there are no room for careless mistakes and the viewer will see in the film just how deadly each day can be. If there is any wisdom that Hugh wishes to impart on his family is that he wants to give them the tools for survival even if that means his own demise.

Glass is not a perfect protagonist and it is clear from the beginning of the film that he is out for himself and his family alone as he does not let anyone, or anything come between him and his son Hawk. His deceased wife was a Pawnee Indian and his son, Hawk, is half-Pawnee. After the death of his wife, Hugh Glass is extremely protective of his son, Hawk, because he knows that the men, he is traveling with do not see him as an equal because of his Pawnee background. Glass is committed to protecting his son because that is all he has left to live for.

While respectful towards the Pawnee, Glass and the other fur traders are fearful of the Arikara who are out to find their tribe chief’s abducted daughter, Powaqa, even though they didn’t take her. In order to survive, Glass has to defend himself and the other traders from the Arikara who are vicious in their hatred of anyone who has invaded their territory. After the fateful bear attack that severely wounds Glass, Hawk prevents the trappers from killing his father and they move on without him leaving John Fitzgerald and Hawk to carry him back to the Fort where he can get medical attention.

Unfortunately, Fitzgerald is a sociopath only concerned about his own survival and terrified of the Arikara attacking again. Fitzgerald kills Hawk as Glass watches in agony because Fitzgerald was selfish in his desire to survive and leave Hugh to die. Another man, Bridger, leaves Glass to die as well and they take his gun and all of his provisions leaving him defenseless against the brutal elements. While Bridger is complicit, it is Fitzgerald who draws the ire and contempt from Glass in his quest for vengeance.

Despite being left for dead, Hugh Glass is hellbent on getting vengeance for the death of his son, Hawk, and wanted to get revenge on John Fitzgerald for killing his son, taking his provisions, and leaving him to die in the wilderness. Through his knowledge as a fur trapper, his ability to track both people and animals, Hugh was able to survive the treacherous winter conditions, heal himself and his wounds, and able to eat buffalo and horse meat to survive. So much was Glass’s desire for vengeance that he was able to travel the 200 miles to get to the Fort to seek treatment for his wounds and gather up the strength to set himself on the trail of John Fitzgerald. In the case of Hugh Glass, an eye for an eye is warranted when his whole life (his wife and his son) have been taken from him.

While the real-life story of Hugh Glass is up for debate, ‘The Revenant’ draws the audience in through its stunning visuals, powerful acting by actors Leonardo DiCaprio and Tom Hardy and the visionary directing by Iñárritu whose tracking shots from the opening battle to the bear attack scene to the final fight scene between Fitzgerald and Glass will leave the viewer breathless. This is a pure survivalist movie of man against man and nature but it also revolves around an emotional core of someone who is trying to do his best to sustain himself and his son in harsh living conditions. The movie’s setting is strongly intertwined with a perilous time in American history where Native Americans, fur trappers, French explorers, and even the U.S. army were fighting to the death for control of lucrative trades and future security in the untamed yet wild territory of the Northwest region.

DiCaprio and Iñárritu made ‘The Revenant’ in mind for its unabashed portrayal of both the beauty and the brutality of the natural environment. It is a movie that highlights how precious and fragile our climate is and how men can negatively affect it through their desire for greed and power. ‘The Revenant’ is as much as a morality tale as it is a tale of the utility of revenge. Two men, one whose world has been ripped apart due to the loss of his wife and son, and another man who fears losing his money, his fur pelts, and his life to Arikara attack are brought together in a struggle of good against evil. The film poses the question of is vengeance worth it? and how can justice be served in a world that is based on survival and not codes of morality or law? Arguably, one of the best films of 2015, ‘The Revenant’ was one of the best films of this decade and deserves a viewing.

Led by an Academy award winning director (Alejandro Gonzalez Iñárritu) and starring an Academy award winning actor (Leonardo DiCaprio), ‘The Revenant’ is a jaw-dropping and powerful film that will stay with you after the credits roll. The film’s themes are extremely relevant in terms of its varied focus on family, revenge, survival, and how to seek justice in a lawless environment. More than anything, it shows the fragility of civilization and how important it is to be able to put yourself in difficult and challenging situations to show what you are made of. Hugh Glass was not a perfect man but he knew what it took to survive against all odds and seek justice against those who had wronged him and his family even if it meant certain death.