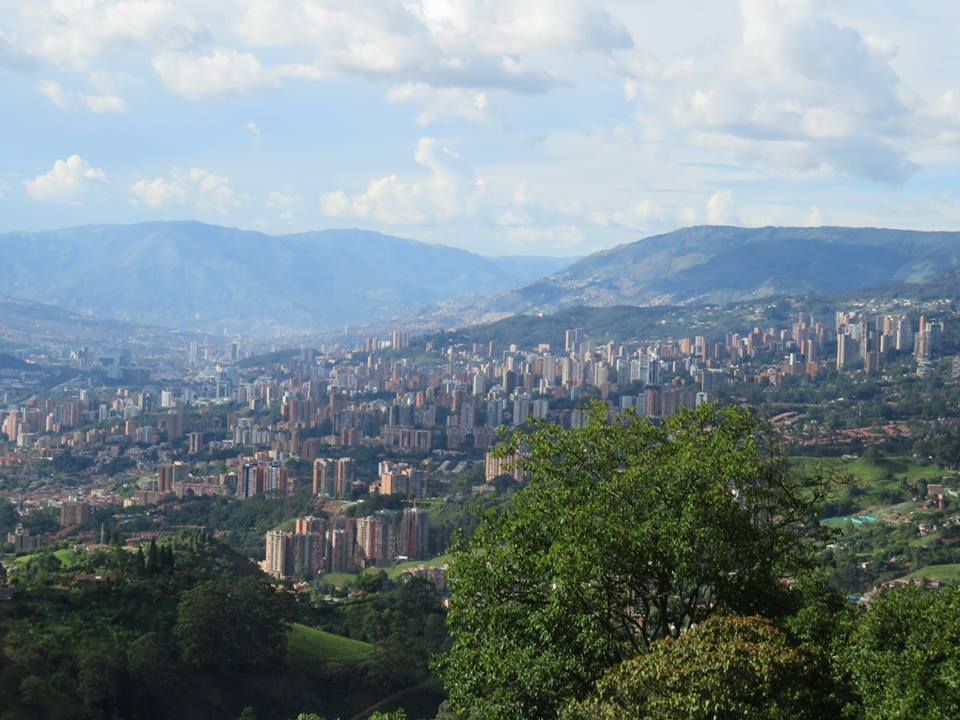 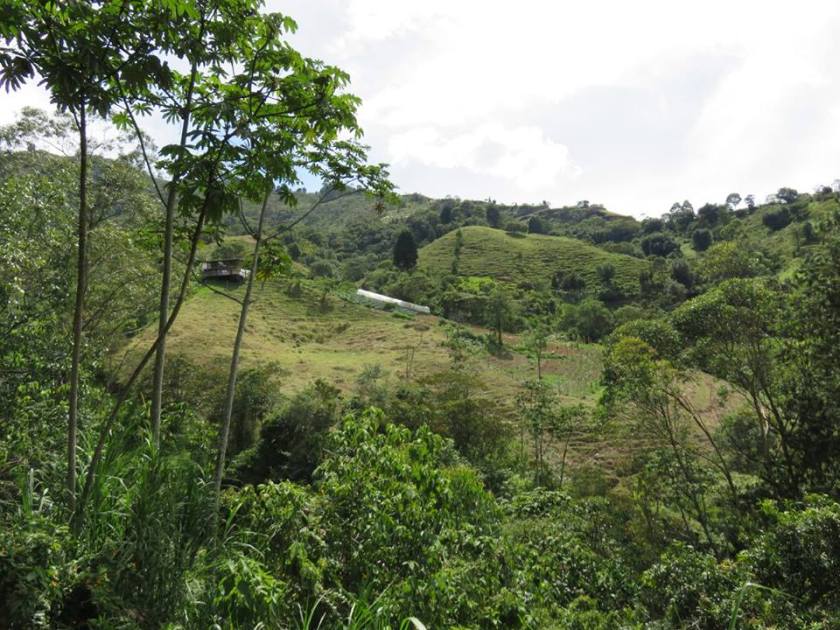 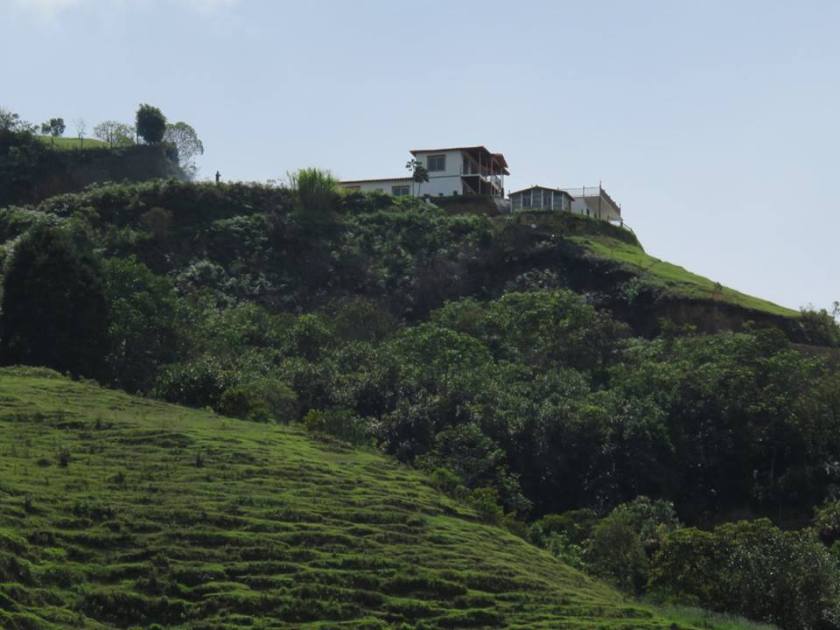 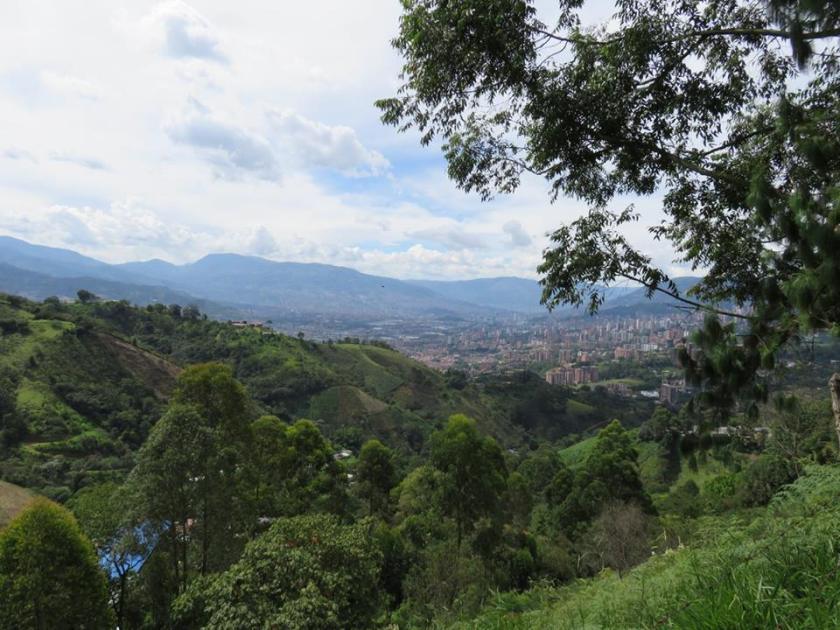 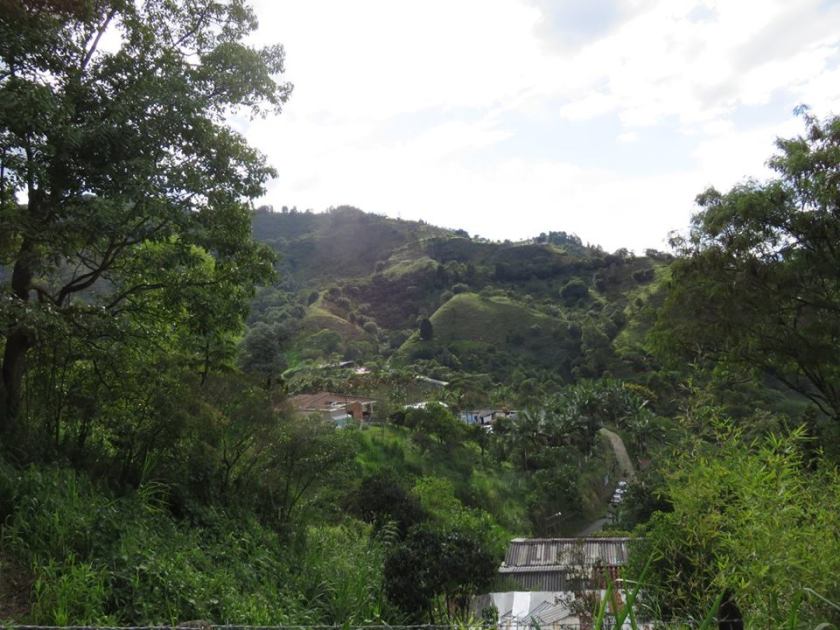 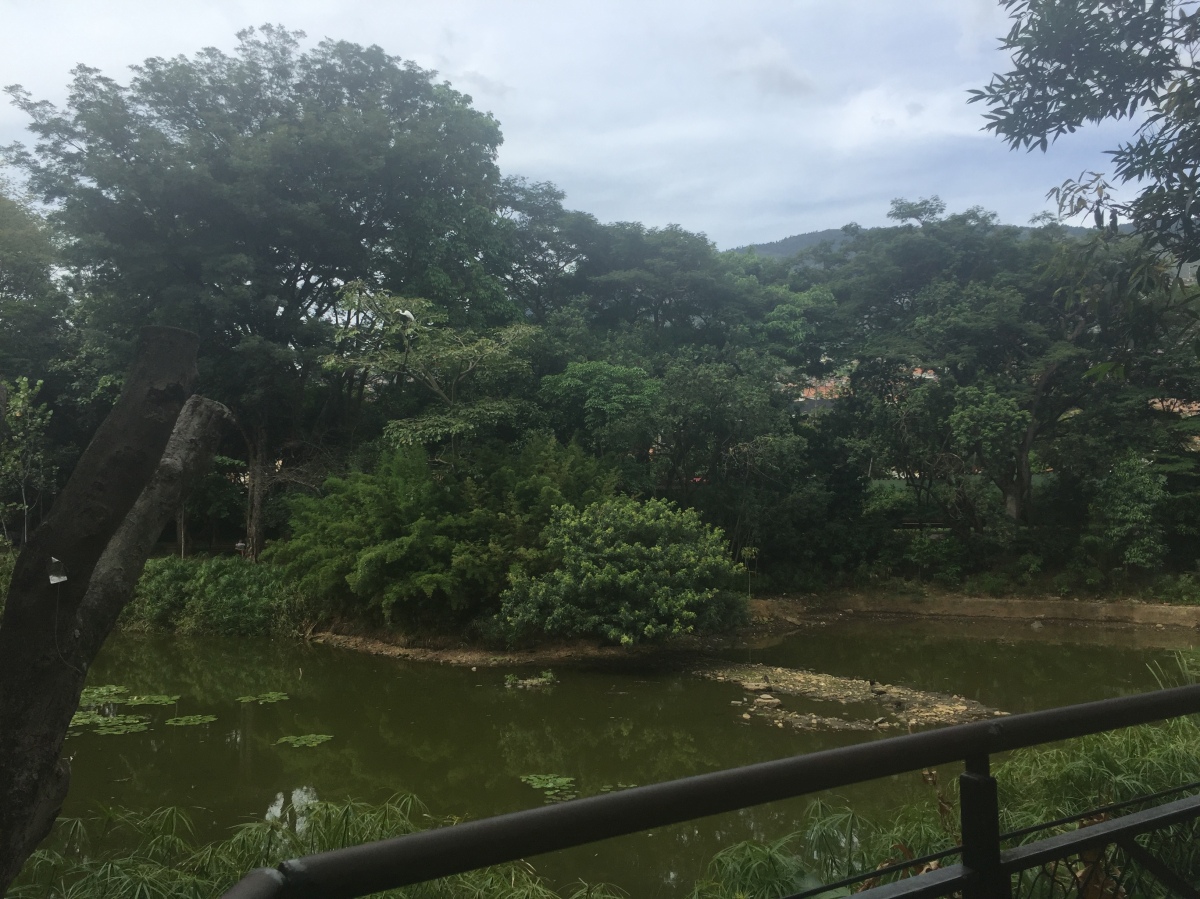 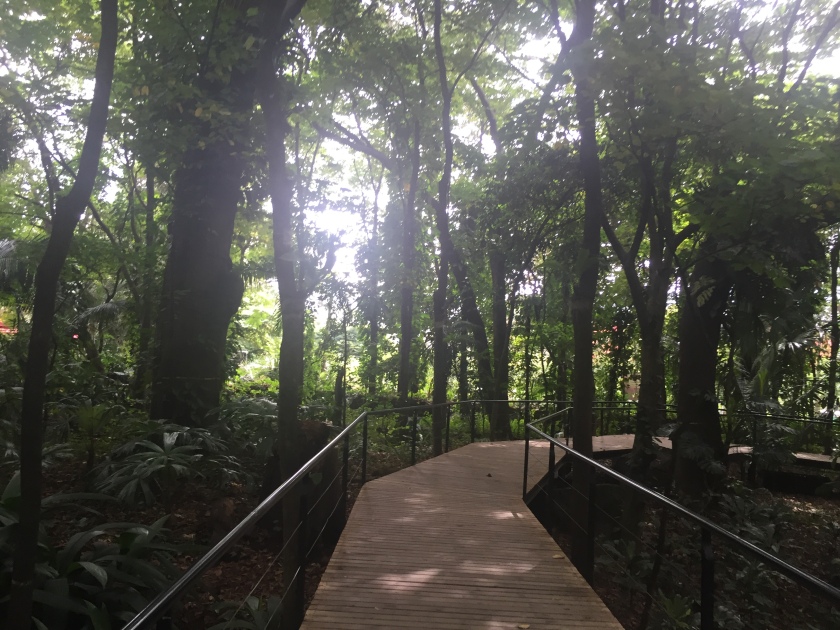 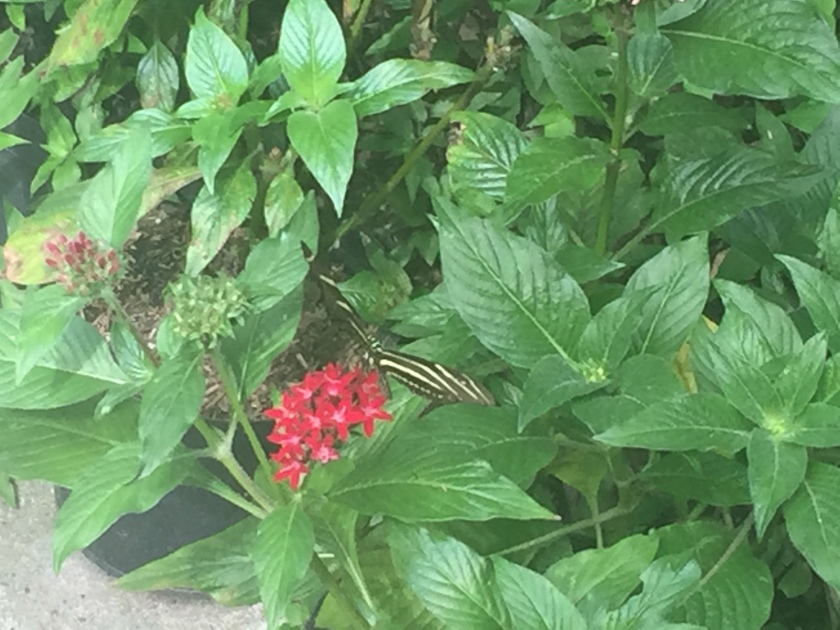 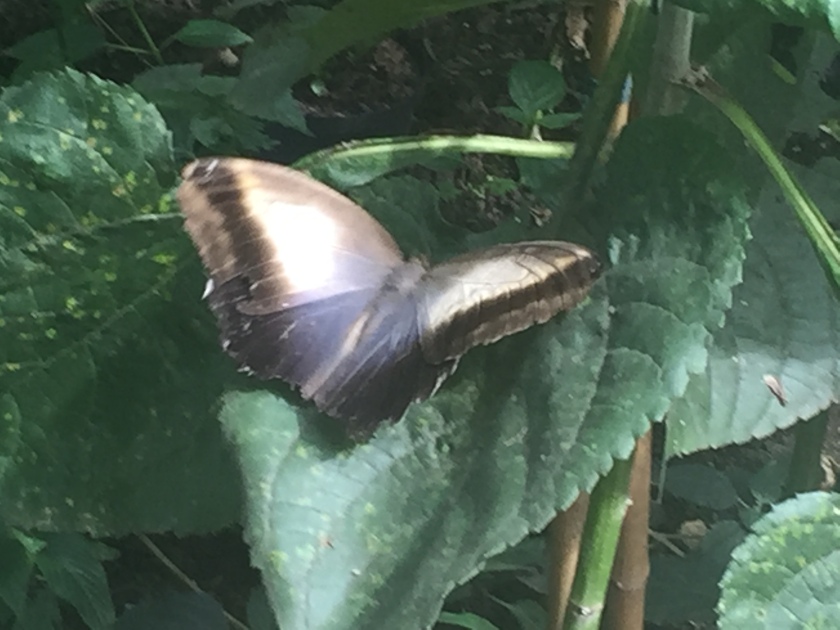 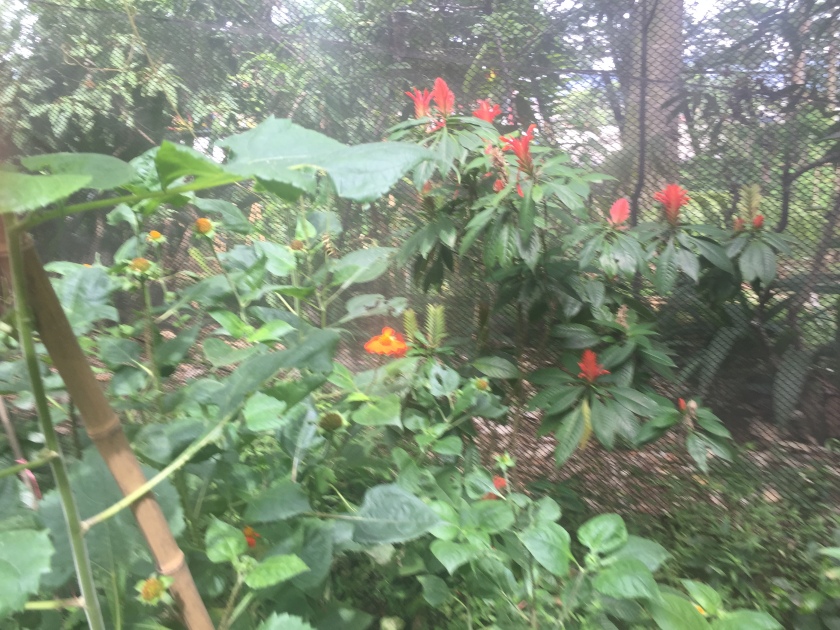 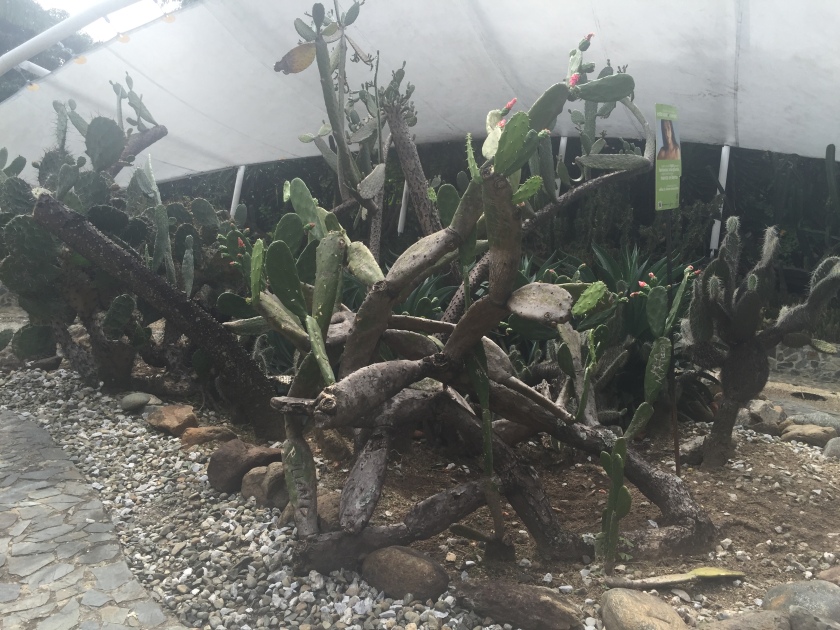 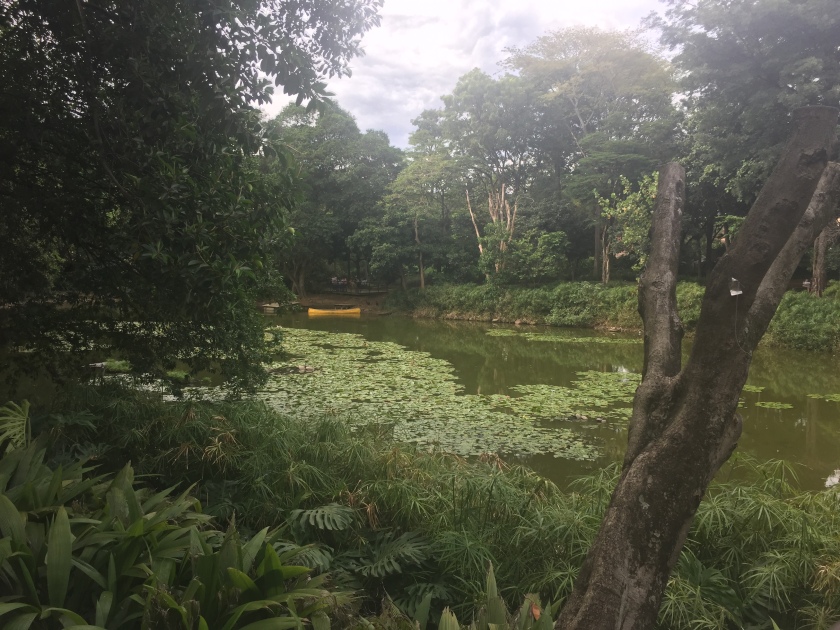 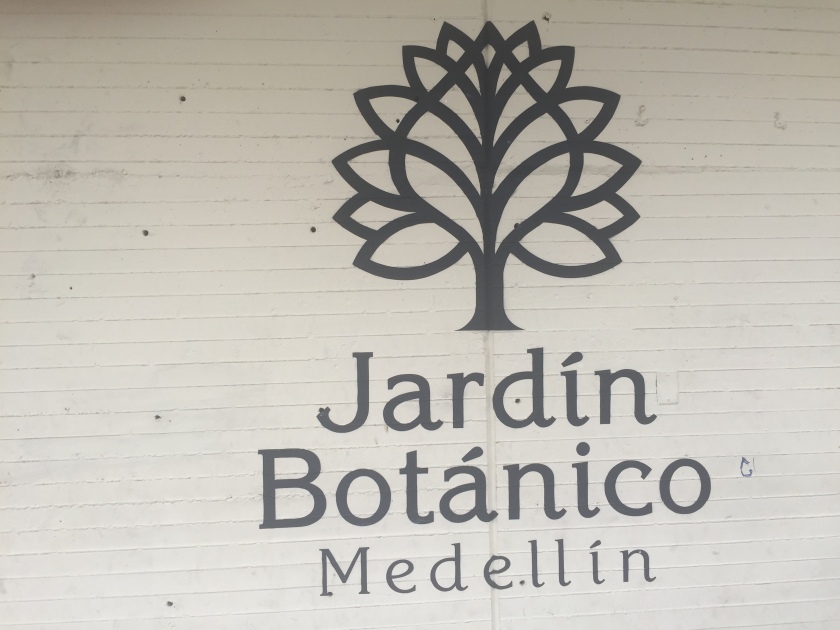 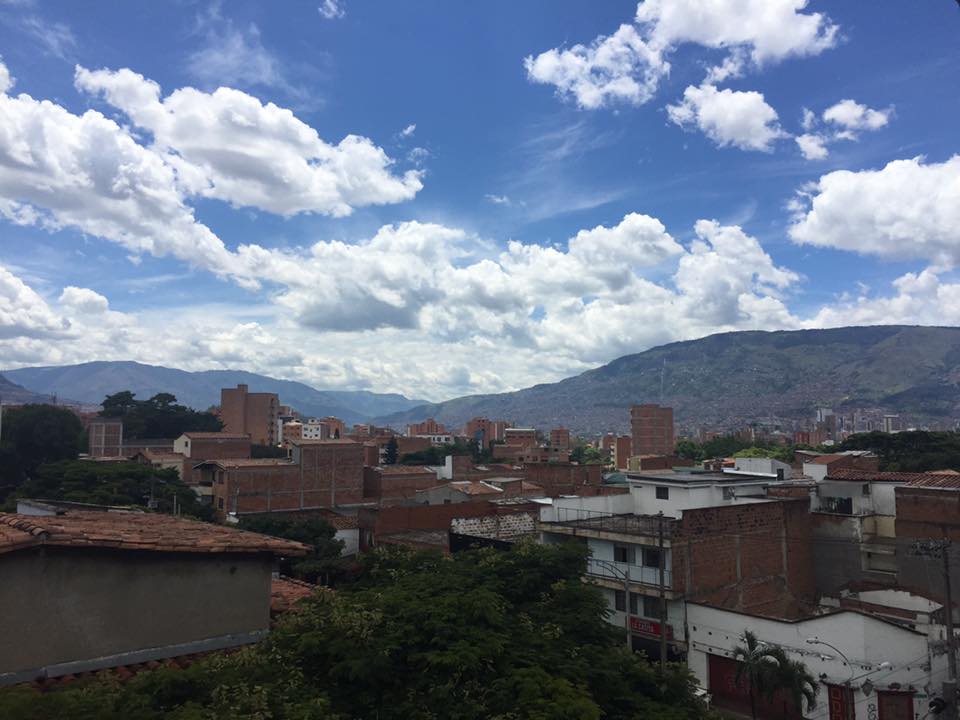 Medellin, a bustling metropolis of over three million people, has a popular and well-known nickname, “The City of Eternal Spring.” I can say for certain that this particular nickname is well warranted and appropriate given the moderate temperatures and humidity that make up the day and night here. Among the cities and towns I’ve visited in Colombia thus far, Medellin is special in that its’ climate is hospitable and agreeable.

Luckily, after a long day’s work at my new school, I can come back home without sweating through my shirt and dress pants. When it does rain here, it’s refreshing and cool. Sometimes, it can pour really hard but usually only for short periods of time and despite July and August being the prime months for the rainy season, it hasn’t been that frequent of an occurrence.

In addition to its’ great climate, there are other qualities that make Medellin a unique city. Its’ transportation is well organized and runs smoothly. The metro system here is one of the few in South America and is clean, affordable, and has frequent trains. I’ve been impressed at how easy it is to get around the city without breaking the bank. In addition to the metro, there are also the ‘Colectivo’ buses, the Metro Plus bus system, the Metro Cable car system, plentiful taxis, and Uber if you really need to get around in a hurry. Motorcycles, which I noticed to be quite popular on the Atlantic coast, are also another great way to get around especially if you’re not patient with the traffic here.

Caution is necessary, as ‘right of way’ does not exist for the pedestrian so you have to be an eye out for both cars, taxis, motorcycles, and large buses. Everything seems to run efficiently when it comes to getting people to and from their jobs whether they are in the north, south, or central part of the city. While I haven’t spent much time in Bogota or Cali, I would say that Medellin is the most interconnected city in Colombia when it comes to transportation.

Residents of Medellin and the Antioquia region in general are commonly known as ‘Paisas.’ This nickname is also spot on given the fact that these people are really born and raised here in the countryside. Compared with Costenos, Paisas are accustomed to the mountains and hills that surround their fair city. It’s been an adjustment for me given my past experience of living near the Atlantic coast of the country. It’s a unique opportunity to be able to see Colombia through a different lens.

While the food is similar to what you would find in other parts of Colombia, Paisa cuisine is unique in offering hearty dishes like ‘La Bandeja Paisa’ and ‘Cazuela Antioquia.’ Rather than seafood, Antioquia pride itself on its’ offerings of different kinds of meat served with potatoes, avocado, tomatoes, etc. Each region of Colombia including Antioquia are known for its’ cuisine offerings which may be unique to the particular region.

To put it bluntly, Medellin is a city which contrasts its’ natural surroundings of mountains and rivers with its’ skyscrapers, bridges, and freeways. In any view of the city, you get a mix of pure nature and urban settings. Tucked below the valley, the city rises with its’ buildings and elevated metro to contend with the nearby green mountains that surround the city. The most special sight to me occurs at night when the lights of the city flicker brightly across the valley and off the side of the mountains. Each white and orange light that shines in the valley at night signifies one of the homes, apartments, and buildings that house a few of the city’s overall three million residents.

I have only been in Medellin for two weeks so far but I can tell that this is a special place. In addition to the great climate, good public transportation, tasty local cuisine, and stunning views of nature, the city’s inhabitants are friendly and helpful. Sometimes, to me, it doesn’t feel like a big city but a cluster of small towns that make up an urban area. Part of the fun of living here is discovering new neighborhoods that each has something different to offer. There are cool museums and botanical gardens to see at the University of Antioquia, trendy restaurants and bars that make up most of the Laureles / Estadio neighborhood, and the heart of the nightlife scene in El Poblado. It’s also cool to check out the more suburban neighborhoods that are within a metro ride of Medellin such as Envigado and Sabaneta.

Even if one were to get bored with Medellin, there are a lot of things to do, and places to see in the Antioquia region. In addition, there’s also a number of day trips out there to explore the local nature scene and to experience more traditional villages. It would be unrealistic for me to say that you can get bored living in Medellin because it really is a vibrant cultural capital and I believe that a lot of tourists and residents from other Colombian cities now acknowledge that fact. Having had an unfortunate negative reputation in the international news media for many decades, Medellin is a city on the rise with a deep culture, cool neighborhoods, and hard-working, friendly people who want to show you the best of what their home city and region have to offer. I am very happy with my decision to have come back here to Colombia and to make my current residence here in ‘The City of Eternal Spring.’ Hopefully, as a reader of my blog and website, you’ll come down to visit Medellin sometime to find out just what all the hype is about. 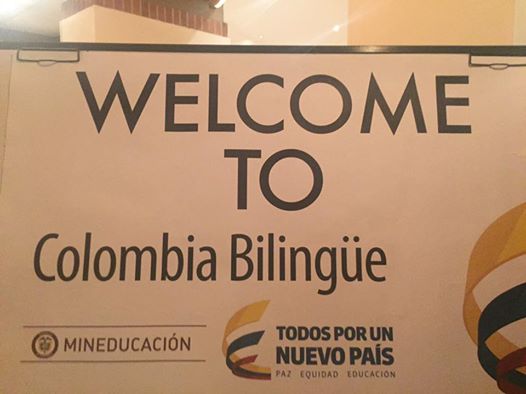 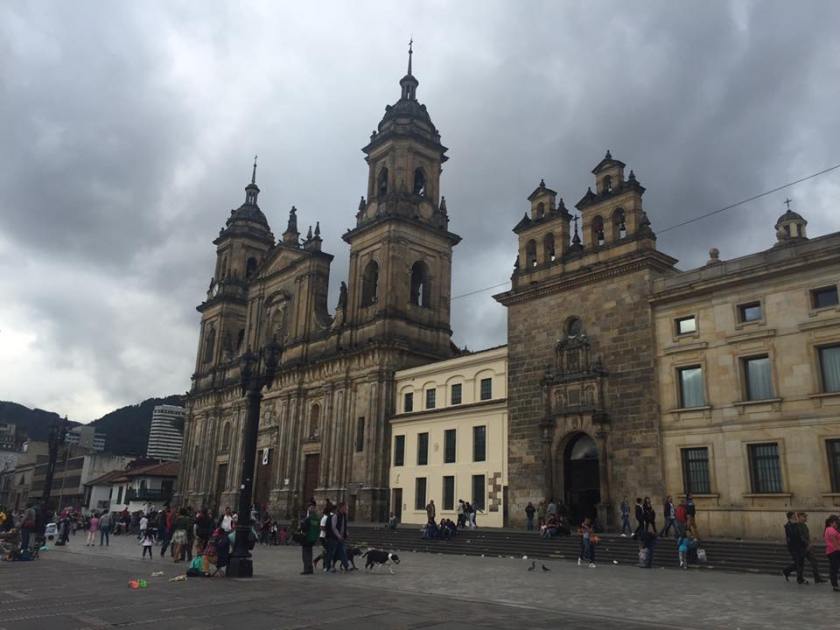 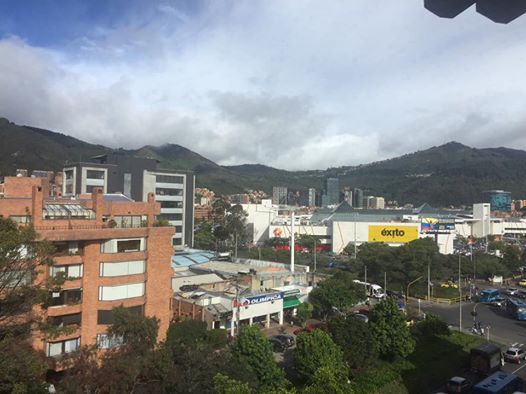 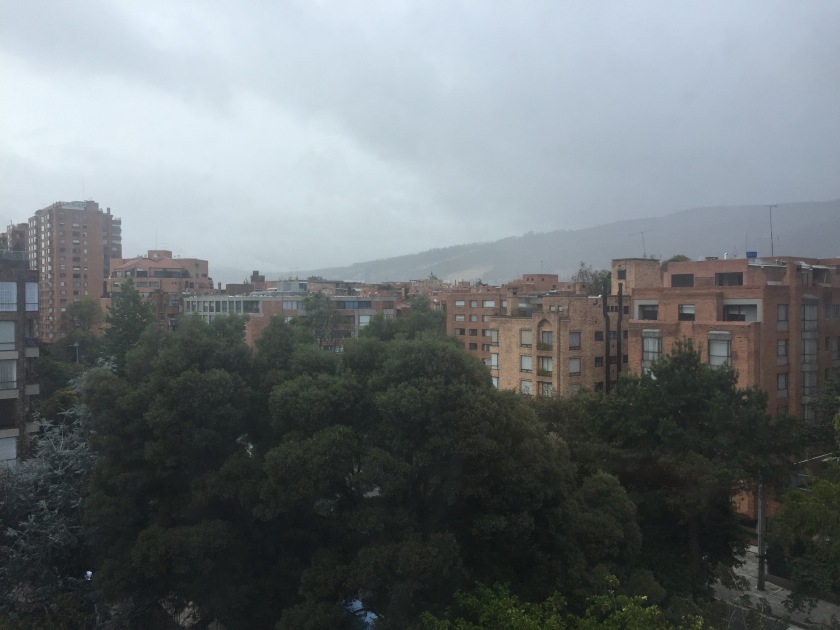 After my first experience of living and working in Colombia was cut short rather unceremoniously, I decided not to give up on volunteering here as an English teacher and worked hard over the past three and a half months to return to this beautiful and lively country. After going through visa, medical, flights, and other forms of tedious paperwork all over again, I remained committed to what brought me to Colombia in the first place; a chance to improve the English proficiency of my students and to inspire them to look at the world a bit differently than before.

I have arrived here again in early July to accept the role of ‘English Teaching Fellow’ with the Heart for Change program and Volunteers Colombia organizations with the additional support of the Colombian Ministry of Education. I was extremely excited to hear that I had been accepted to this program in mid-April of 2016. Since then, I’ve worked diligently to prepare myself for the responsibilities and duties expected of me during these next six months to a year.

I’m quite proud to be among 240 English Teaching fellows who have come from over 30 countries around the world to be apart of this mission. It’s truly inspiring to meet and see other teachers come from nations like Iceland, Iran, Kenya, Serbia, and elsewhere with the goal of making Colombia a bilingual nation. This effort to improve the English language proficiency level of Colombia’s students is a massive undertaking and a worldwide effort. I am glad to once again play a small role as an ESL teacher in making Colombia more proficient in the English language.

After arriving in Bogota, the capitol of Colombia, the other 240 fellows and I underwent a week of intensive teacher training in order to prepare us for the job that lies ahead. While the topics that we went over were mostly review for me given my past experiences, I was grateful for the refresher and was impressed by the job done by the UNICA (Institucion Universitaria Colombiano Americana) in helping prepare us for the program’s start.

Unfortunately, I wasn’t able to explore much of Colombia’s capitol city of Bogota but I was able to walk around and check out the historic district along with the Plaza de Bolivar. In addition, I was able to dance some Salsa, eat some delicious Ajiaco soup at La Puerta Falsa (highly recommend), and practice Spanish again with the locals. Hopefully, I will be able to return to Bogota soon because there is a lot to do there and it’s a bustling metropolis on the same level as New York City and Mexico City.

What someone would notice immediately about Bogota is the unpredictability of its’ climate and it’s weather patterns. It could be sunny and warm in the early afternoon, completely cloudy an hour later, and then rainy and cold in the evening. If a direct comparison can be made with a U.S. city, the weather of Bogota would most closely resemble Seattle for better or worse.

Bogota is tucked in close to the Andes which allows visitors an excellent view of nearby towering, green mountains that jut out beyond the modern array of skyscrapers and office buildings. Bogota, like other Colombian cities, are urban oasis’s surrounded by rivers, mountains, and tropical jungles. Thankfully, from what I have noticed, there is a healthy balance here between nature and civilization, which is lacking in other places.

After having finished the initial paperwork, received my certificate from UNICA, and flown on to Medellin where I’ll be working full-time as a co-teacher in a public school starting next week, I am happy to close a past chapter in my life and open up a new one which has a positive, optimistic outlook. The first six months of 2016 were tough for me personally but I’ve put the past behind me and am ready for what comes next.

I look forward to finishing the work that I started back in January 2016 here in Colombia and hope to do some good work for my new students for the next six months or more. It’s been a wild ride with ups and downs, but I’m happy to continue riding the rollercoaster and seeing where I end up. For now, I’m fortunate to be back here in Colombia and won’t let this second chance go to waste. Todos Por Un Nuevo Pais!