“It feels more real than any other comic book movie and the character development is better than most other movies due to the major scenes having a deeper meaning behind them that continue throughout the Nolan Batman trilogy.” 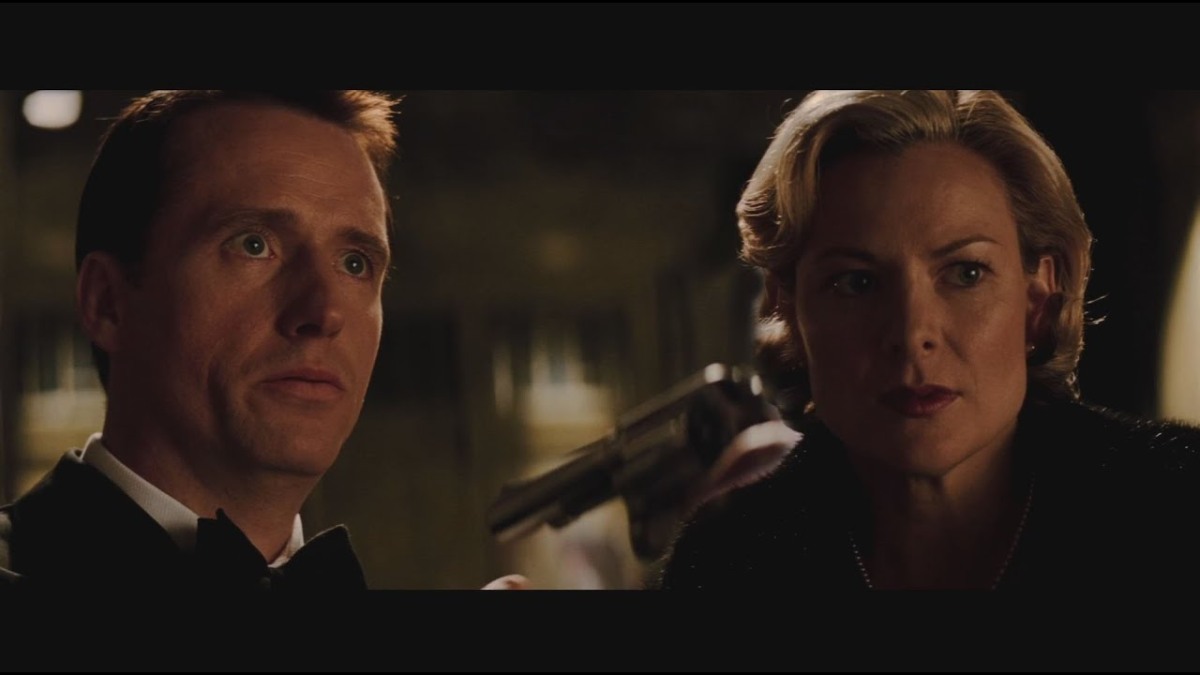 As I have written in a previous blog article, ‘Batman Begins’, directed by Christopher Nolan is one of my all-time favorite movies and still my favorite comic book movie. It feels more real than any other comic book movie and the character development is better than most other movies due to the major scenes having a deeper meaning behind them that continue throughout the Nolan Batman trilogy. One of the scenes from ‘Batman Begins’ that really sum up the core message of this trio of Batman films from 2005-2012 is asking the question of ‘Why do we fall?’. This question not only summarizes the trilogy’s main message of not letting adversity or failure keep us from trying and eventually succeeding but also regarding the need to pick ourselves up, dust ourselves off, and keep moving forward in life.

This simple message of ‘why do we fall?’ is more than just about Batman’s own struggles in terms of having a traumatic experience of falling through a well, getting harassed by a swarm of bats, and injuring himself but it’s about our own setbacks in life and what we can do to put them behind us rather than dwell on them. This peculiar scene from ‘Batman Begins’ is central to the theme of the movie as Batman, an ordinary man who while having inherited obscene wealth and prestige, still suffers from tragedy early in life despite his well-to-do circumstances of birth.

This scene starts with a young Bruce Wayne falling into a boarded up well near his father’s mansion while playing with a childhood friend, Rachel, as they search for an arrow relic. Not only is the fall quite steep causing young Bruce to fracture his arm, after also falling to the bottom of the well, Bruce’s presence agitates a flock of bats who come out rapidly to surround and pester Bruce who is afraid by their mere presence. While his fright appears to be very real, it is likely that they are more frightened of him then he is of them. Luckily, Rachel tells Bruce’s father, Thomas Wayne, about the incident who comes rushing with Alfred to get his young boy out of the well. The elder Wayne is a doctor who can set the bone and care for his son as a doctor would for any patient.

As Dr. Wayne and Alfred carry Bruce to his bedroom, he asks his son, ‘Why do we fall, Bruce?’ and he answers his own question as he knows the boy to not have picked up on the inherent wisdom that comes from falling: ‘So we can learn to pick ourselves up.’ This is the exact kind of fatherly advice that Bruce will remember not only as a child but as an adult as well.

Facing adversity not only as Bruce Wayne but also as Batman will cause him to remember the quote that his father imparts on him. There will be challenges, failures, and setbacks that he must deal with but the only way to get through them is to ‘pick yourself up’ and to keep moving forward. Dr. Wayne’s advice is key also in imparting to Bruce that only through ourselves can we overcome adversity and that we cannot rely on others to do it for us. While he was there for Bruce to help him get out of the well and to heal his bones, he like all fathers will not always be there for his children. Any child including Bruce Wayne must face the passage through adulthood, often by themselves, and be forced to reckon with life’s challenges head on and by yourself without the help of family and friends even when you are an eccentric billionaire born into wealth.

“All creatures feel fear…even the scary ones? Especially the scary ones.” Another key part of the scene that resonates is that the Bats did not attack Bruce because of who he was but because of what he did. All creatures including humans tend to lash out when they are fearful sadly and that includes the bats when Bruce unknowingly invades their territory in the well causing him to be attacked. This part of the scene is also a precursor to a later scene in the Opera house where a man, seemingly both desperate and homeless, steals from the Wayne’s and kills them out of both out of fear, self-loathing, and pain as he murders them to be able to live off the stolen goods to keep himself from economic deprivation.

A good film like this one develops side characters like Bruce Wayne’s characters to show how much they meant to Bruce before their deaths and how devastating the memory is for the young boy whose unfortunate murders would change his life forever. You really feel for Bruce given how wise, caring, and kind he was both to Bruce, to his wife, and to Gotham City.

In the scene, you also see Thomas Wayne plan to surprise his wife with a necklace of pearls and to ask for his son’s opinion before he plans to give it to her on a family outing to the opera house. He cajoles his son out of bed, seemingly healed from his injury, to join them at the opera house.

My favorite part of the scene is Dr. Wayne’s philanthropic efforts directed not just at charities, foundations, and such but also right to the city that helped made the Wayne’s very wealthy as a family. Bruce asks his father, “Did you build this train, Dad?” His father responds, “Gotham’s been good to our family. But the city’s been suffering. People less fortunate than us have been enduring very hard times.”

He goes on to say, “So, we built a new cheap public transportation system to unite the city. And at the center, Wayne Tower.” His son asks if he works at the gleaming financial center with his name, but Thomas says that he works at the hospital where he is most needed and leaves his company’s financial dealings to those men ‘better and more interested’ in that kind of work than he is.

In this version of Batman, Thomas Wayne is a philanthropist and billionaire you can’t help but be proud of in a way. He doesn’t shirk responsibilities and puts the money directly to help those who are less fortunate in a real manner while he is running the company. He may like to direct attention to himself and his name by having the public transportation system be centrally located in Wayne Tower but it’s a small price to pay for an investment project like that for those who need to get around the city in a cheap and efficient manner. For a billionaire to not hoard his wealth, to invest in the city he loves with an actual, physical embodiment of helping others get to work or to school such as a public transportation network, so the city’s residents can have greater opportunities, it makes his untimely death that much more tragic.

Not only a doctor helping at a city hospital but a man willing to put money towards an actual public good like transportation is an example of the rich and powerful galvanizing resources together to help people less fortunate than they are in a concrete way. Whether its building new schools, constructing a train system, or adding more hospitals, that is a real kind of philanthropy to a city that the wealthy of a society should realize their civic duty to do so beyond paying taxes.

Beyond Thomas Wayne’s message of ‘picking yourself up’ when you have an accident, or a tragedy happen to you, his willingness to invest money back into a city that made his family wealthy is a real example in a movie of how to give a fictional character real development in just one two-minute scene. It is a good example for other filmmakers and directors how to really start to care for a character before an untimely demise and to learn about why drives the other characters in the film who were affected by their death or demise. I highly recommend viewing this ‘why do we fall’ scene to better understand character development but also the Batman film franchise of Christopher Nolan as well.

If there’s one thing I know for sure, our world today could use more men and fathers like Thomas Wayne from ‘Batman Begins.’