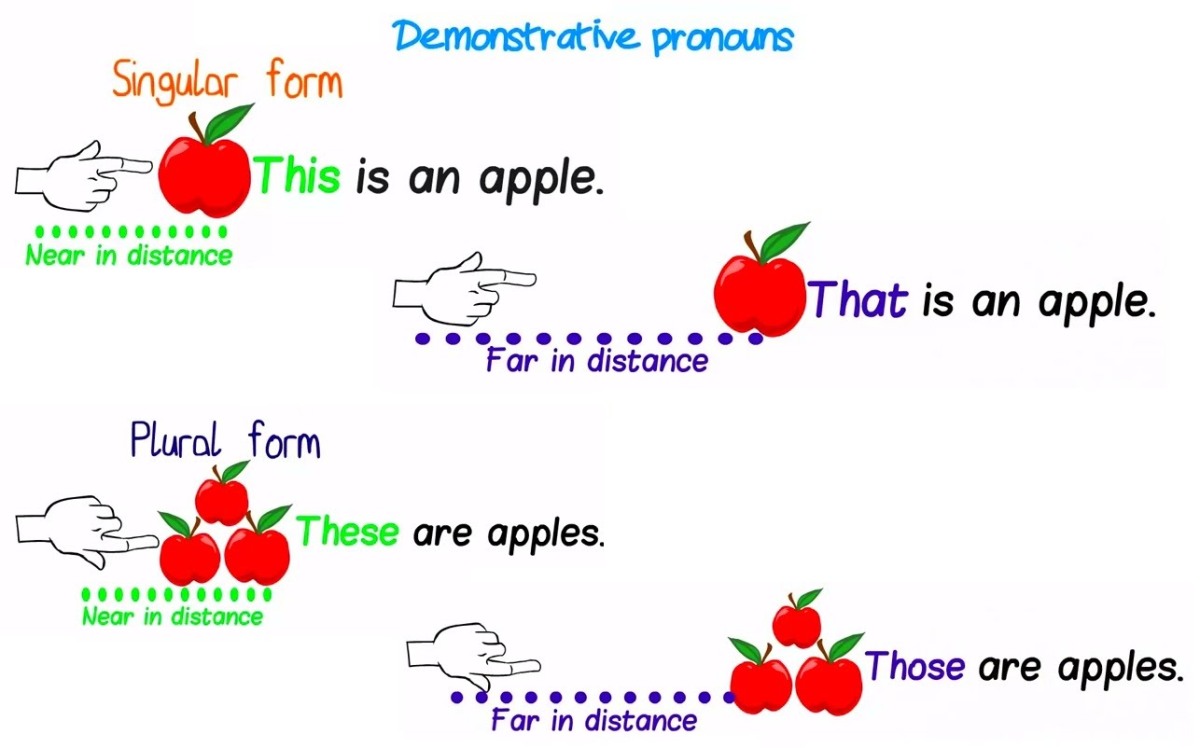 When it comes to discussing one’s distance from objects, things, or other people, it’s necessary to master the grammatical concept of demonstratives. To describe the physical distance of something or someone to another is a key aspect of demonstratives. Depending if the speaker is near or far from the other object, person, place or thing, the demonstrative will change to reflect that change in closeness.

Here are some examples of demonstrative adverbs for near / far usage:

Based on these examples, it’s important to remember that the adverb ‘here’ for near situations should be used in the present tense whereas for far situations, ‘there’ is heavily used and often with either the past or future tenses.

Here are some examples of how ‘this’ and ‘these’ would be used in sentences to describe objects, things, or people that are close in distance to the subject:

As you can see from these examples, these objects or things are close to the subject rather than far away in distance. You can also see how the demonstrative ‘this’ is used for singular nouns while the pronoun ‘these’ are being used with plural nouns.

If the opposite occurs and you or another subject in your sentence is far away in distance from another, person, place or thing, you’re going to want to use the demonstratives ‘that’ or ‘those.’

Here are some examples of how ‘that’ and ‘those’ would be used in sentences to describe objects, things, or people that are far in distance to the subject:

It’s clear from those examples above that those objects or things are considered to be far away from the subject of the sentence. You can also see how the demonstrative ‘that’ is used for singular nouns while the pronoun ‘those’ are being used with plural nouns.

When it comes to placing a demonstrative like ‘that’, ‘this’, ‘these’, ‘those’ in a sentence, you should remember that those pronouns can be placed before the noun or adjective that modifies the noun even if there is more than one noun in the same sentence.

Another way to use the demonstrative is that it can be placed before any number by itself when the noun is understood within the context of a larger paragraph.

Sometimes, a demonstrative pronoun or adverb can be used by itself in a sentence without a noun even being present after the demonstrative. The noun can be understood from the context of a previous sentence or larger paragraph making the demonstrative clear the only necessary subject to have.

As with many other grammatical concepts in English, there are some rules and circumstances that have to be remembered in order to develop both spoken and written fluency. In order to become comfortable with demonstratives, study the examples, create sentences of your own, and re-read this article to remember the rules of usage.