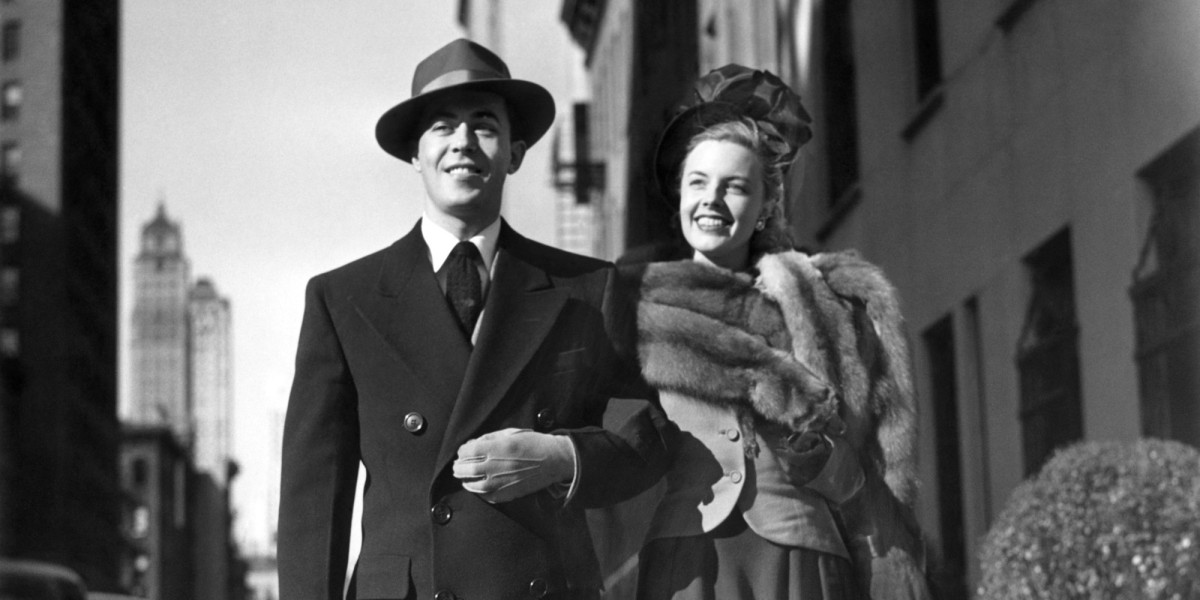 Personal appearance is very important to how human beings generally judge one another even before we have a chance to open our mouths to to say something verbally. That’s a harsh truth for some to deal with but it is absolutely correct that what you wear can leave a positive or negative impact on how you are perceived by others. A major factor that plays into our overall appearance is how we dress ourselves. I am no fashion expert by any means but I have noticed recently and many others have as well that our culture has embraced dressing down in almost every situation, whether in a public or private setting. Instead of putting some work into our style and our appearance, most people today do not put in any effort at all and it’s very disappointing to see on a daily basis.

Going back to my parents’ and grandparents’ generations by looking at old photographs, watching old movies from that era, and seeing the attire that both men and women committed themselves to, it’s quite impressive to witness when compared to the lack of effort that most people subscribe to nowadays. Whether it was going to the supermarket, watching a film or play, and especially going out to a restaurant, both the rich and the poor, the young and the old, did their best to look their best. I would say that it’s becoming increasingly rare for most people to dress up even if its’ just to go out to dinner or to see a live show.

There was a recent news story that caught my attention where it showed the photographs of people in line to go see ‘Les Miserables’ on Broadway in New York City but instead of wearing suits and dresses, the photos showed most of the theater-goers wearing cargo shorts, tank tops, and flip flops. I can’t fault these people for not knowing how others dressed in the past to watch plays, or enjoy the opera but it shows a lack of awareness of the situation and type of event that you’re going to. When you’re going to the theater or the opera, you shouldn’t be dressing up like you’re attending a baseball game.

Some may say that how we dressed in previous generations was conformist, boring, and dated but you cannot doubt that those same folks displayed class, sophistication, and attention to detail at the same time. No generation is perfect or has all of the answers but the fact that they put effort into their appearance and how they looked everyday says a lot overall. ‘Dressing Up’ didn’t use to be for only a special occasion but was a day-to-day ritual for most. I also believe that nice dress clothes were more affordable back then and, the major clothing companies encouraged their sale to the American public. It’s only been since the 1960’s and onwards where casual became cool and wearing blue jeans, shirts, and shorts out in public became normal and culturally acceptable.

I have to admit that I am guilty of not dressing up for most social occasions these days but it is something in my own life that I am going to start changing. Recently, I’ve made it a point to look my best if it’s for a dinner out on the town, a theater play, or another classier type of social gathering. I don’t envision most people suddenly changing their ways too much where men will wear suits to the grocery store or women will wear dresses when going to the dry cleaners but I think that a balance between casual and formal wear has to be struck.

Instead of wearing a tank top, shorts, and flip flops when you’re shopping and/or running errands, try to wear a button-down shirt, a pair of khakis, and a nicer pair of shoes. You may be surprised on how much more seriously people will begin to take you in your personal and professional life if you start taking care of your appearance and your style. Regardless, if you’re attending a nighttime gala or heading to the local supermarket to get groceries, clothes will always make the man or woman.

One thought on “The Culture of Dressing Down”