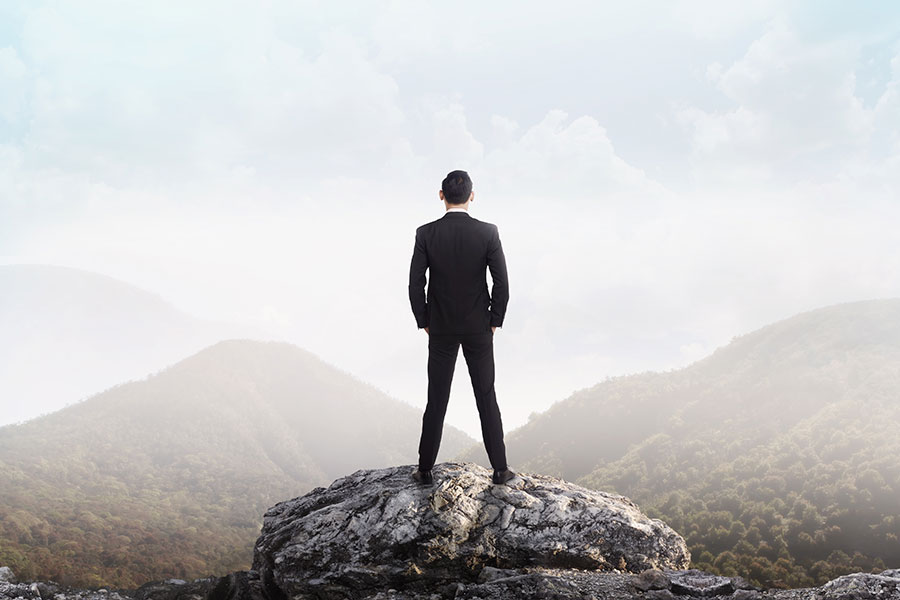 “Remind thyself, in the darkest moments, that every failure is only a step toward success, every detection of what is false directs you toward what is true, every trial exhausts some tempting form of error, and every adversity will only hide, for a time, your path to peace and fulfillment.”
―Og Mandino

Anybody who has ever lived has faced adversity and struggles that test one’s resolve and fortitude. How someone deals with these challenges and setbacks can show you their true character. I used to live under the assumption that everything will go smoothly if you work hard, play by the rules, and do your best. Recent events in my life have shown this hypothesis to not be true. Life is not fair sometimes and it is extremely important to adapt to this fact rather than to fight it head on.

We can curse our misfortunes but it is much better to move on and look to the future. The worst thing that someone dealing with adversity can do is to wallow in self-pity and to be endowed with guilt. The past won’t change but the future is still in your hands to shape. I am glad that I am aware of the realities of the world now while I’m still young rather than to be surprised by them at a later age. If a goal you strived for vanishes into thin air or a dream that you thought would be yours disappears, it does no good to consider what might have been but to plan instead on what could still be.

I would be lying if I didn’t say that over these past two weeks I’ve felt a range of emotions ranging from anger to sadness. I was in denial at first about what happened to me and why it happened to me. Initially, I could not accept what I could not change. I went through the five stages similar to the popular model of ‘Denial, Anger, Bargaining, Depression, and Acceptance.’ Luckily, I did not suffer a personal loss or suffer from a serious ailment but I was crushed by the news that I would not be continuing on the adventure that I started eighteen months ago when I filled out my first application form.

It is difficult to deal with these painful emotions and feelings but it is far better to embrace them rather than to let them bottle up inside of you and fester on and on. I would have loved to continue the good work that I was doing and to finish the job that I had signed up for. Unfortunately, life has other plans for me and I am willing to embrace the challenges that lie ahead. Luckily, we live in a world where there are plenty of opportunities and possibilities available to those of us who are willing to work hard and to use our knowledge.

Clearly, I am not the only person to ever suffer setbacks and misfortunes. Many exemplary leaders and icons of history were unsuccessful in their initial hopes and dreams before greatness found them later on in their lives. The 16th President of the United States, Abraham Lincoln, had many personal misfortunes and professional failures happen to him before he became elected to the highest office in the land. He lost lovers and family members, failed in business, was defeated multiple times for elected office, and dealt with mental health struggles all throughout his life.

However, he never gave up because he knew what he was worth, had faith in himself and his abilities. He displayed a strong intellect and a strong drive to be great. President Lincoln had a lasting impact on my country and the world. This would not have been possible if he had simply given up when he encountered all of these adversities and disappointments. His story is a continual inspiration for me and for others who have been dealt a personal or professional blow to their lives.

How would our world be different today if inventors like Edison had given up after his 900th try at inventing the lightbulb or if geniuses like Einstein had listened to those teachers / headmasters who told him that he was lazy, dumb, and not worth the effort? If you don’t have confidence or don’t believe in yourself, you are not going to get very far in life.

While it’s pleasant to have other people think highly of you and give you praise, there will be other times where they’ll tell you that you’re not good enough and that you don’t belong there. If there is anything that I want the readers of this blog post to realize is that you can’t let anybody else stand in the way of your goals and dreams. They may have good intentions and think that they know what’s best for you but you have to decide that for yourself.

When I was younger, I was naïve to think that everything would go smoothly in my life and that I could control every outcome. Especially after what happened to me recently, I know that this notion is unrealistic. There are certain aspects of your life that you have some control over and there are other aspects that are completely out of your control. I do not regret the past nine weeks that I spent in Colombia, and I am proud of the good work that I was doing. I am happy for my fellow CII-8 trainees and wish them all the best as they become volunteers and move on to their communities for the next two years of service. I was grateful for the opportunity and have some good memories from this experience that I will remember fondly.

The future is unclear at the moment but I look forward to the opportunities and possibilities that lay ahead. I know that I will continue to write and develop this personal blog that I started eight months ago. I believe that there are many adventures that lie ahead for me in my life. I will continue to have faith in myself and my abilities. Dealing with this particular adversity will make me a stronger and more mature person in the long run. I have a strong mind, a strong body and I am confident that I will get through this momentary setback. Your past does not define you and the future is yours for the taking. Always remember that.