In the last ‘English Corner’ post, I focused on introducing the topic of modals by beginning with ‘modals of ability.’ As I mentioned previously, there are different types of modals in the English language. We have already covered the modals of ability and permission so now this article will concentrate on those modals that deal with making suggestions, having obligations, seeking advice, going through with a decision, and getting an invitation. The modal verbs of must, shall, should, will, would are going to be highlighted in this article in terms of when to use them in sentences and how those sentences are to be structured.

For making suggestions, the modal verb of ‘shall’ can be used to offer up something to someone or to give advice to them. You can also use this auxiliary verb in the future tense if you plan on doing some action decisively. The modal ‘shall’ can be used both in the positive for and also be posed as a question.

1) Shall I pick you up from your house at 8 pm tonight?

Once again, it should be noted that ‘shall’ like other modals is to be used as an auxiliary verb in the sentence and often goes before the main verb like ‘travel’ or ‘pick up.’

When it comes to giving out advice or seeking it from somebody else, the modal verb of ‘should’ will come in handy for English learners. You can use ‘should’ at both the beginning of a sentence if it’s in the question form and towards the middle of the sentence after the subject word if you’re using it in the positive form. Should can also be used negatively when you change the word to ‘shouldn’t’ to express that modal in its’ negative form.

1.) You should go to the doctor since you have a high fever.

2.) Should we wait for the presentation to end before leaving here?

3.) They shouldn’t have been rude to the doctor yesterday.

When you have an obligation that you simply can’t get out of or a duty to fulfill that cannot be delayed, the modal verb of ‘must’ is key to put in your sentences. Similar to other modal verbs, it is auxiliary and comes before the main verb in the sentence structure. You can also use ‘must’ in the form of a question as well.

1.) He must do his homework by tomorrow.

2.) Must I bear this burden alone?

When it comes to making a firm decision to be carried out in the future, choosing the modal word of ‘will’ is a good choice. It is a definite verb that can be used as a question, a positive and a negative. To create the negative form, you simply have to change ‘will’ to ‘won’t’ after conjugating ‘will’ and ‘not’ together to form ‘won’t. When you use ‘will’, you’re not just making a decision but you’re also making a promise to someone that you shouldn’t break.

For the last modal ‘would’, you are going to want to use this one when it comes to seeking permission, giving a request, or extending an invitation to somebody. There are a couple of different uses for this last main modal verb but it’s important to keep in mind that it can be used in all forms including positive, negative, and question. As with the other modals, it is an auxiliary verb that will always come before the main verb in the sentence.

The modal verbs of must, shall, should, will, would are focused on the future tense and are very strong in terms of making suggestions or going through with a decision. In total, you now have a basis of understanding the nine main modal verbs. There are others in the English language but these nine words ‘can, could, may, might, must, shall, should, will, would’ come up the most and are the most important to master. 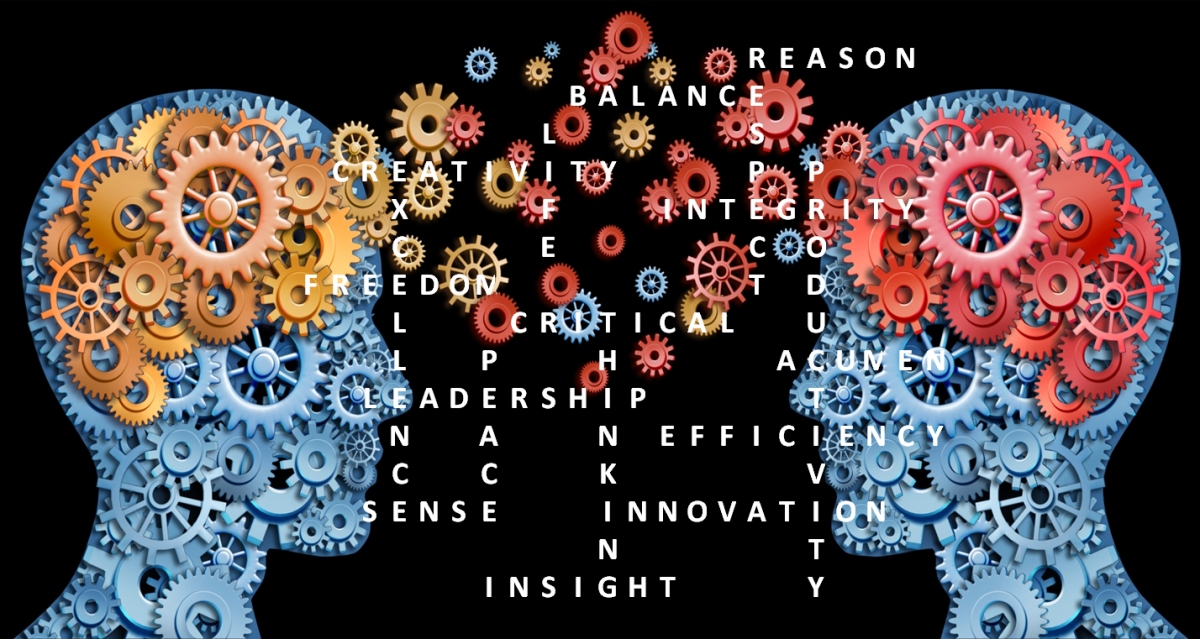 Facts are a tricky thing, but the importance and recognition of them is vital in order to consider yourself a critical thinker. In this era of ‘alternative facts’ and opinionated media, it’s necessary to be able to read, analyze, and think about all of the information that you’ve been taking in and figure out for yourself if it’s truthful or nonsense. In this day and age, opinions are easy to find everywhere but what have become harder to find are the cold, hard facts. The famous expression, “take it with a grain of salt” can be applied to you if you want to be a critical thinker.

The first thing you have to do, as a critical thinker is to be able to sort out the facts from the falsehoods. You should be able to use more than one source of information and before you use those sources of information, you need to verify that they are both unbiased and trustworthy. The evidence that you gather for these facts have to be based off of real sources, who have compiled the information and verified its’ authenticity.

For example, if you’re a Chemistry student and you’re trying to do an experiment on making a chemical volcano, would you choose to get the information from an actual scientist who has their PhD and teaches Chemistry at a local university or would you trust the advice of a best friend in your Science class instead?

While it’s desirable to be a good friend and trust them because they would like to help you most likely, it’s likely their advice will pale in comparison to the Chemistry professor with the PhD who wrote a ‘how to’ article on chemical experiments in the latest edition of ‘Science Weekly.’ If you’re a critical thinker, you would choose option #2 100% of the time because you would like to create an experiment that’s going to be the best that it can be and using your friend’s advice won’t get you to that point.

Regardless of what professional or educational field that you decide to pursue, you’re going to need critical thinking. Being inherently skeptical at first of the information you’re receiving is important to do because you need to be able to discern if what you’re reading, watching, listening to, etc. is factual. In your daily life, you’re going to need to identify prejudice, bias, propaganda, etc. that you’re likely to encounter in your daily life. You have to do your best to discern fact from fiction even if it takes some time. You could decide to ingest every bit of information that you see in the news or at the office as being factual but it would benefit you instead to deep a bit digger by doing your research, verify the source(s), bounce it off other pieces of information to see if there’s a pattern, and then decide if it’s factual.

A true critical thinker is not lazy and does not take shortcuts. He or she goes the extra mile to gather the right information, prioritize it to give it credence in your decision-making, and then recognize, solve the problems in order to move on to the next goal. If you’re in a field where you’re working with data on the computer, you have to be able to interpret it, evaluate it, and then use it for your business or company’s needs. By being able to communicate effectively and clearly is also a necessity when it comes to being able to take those fresh facts you’ve verified and then pass it on to the next person so they know that they’re not being misled by you.

As a critical thinker, it’s also necessary to disregard generalizations made about complex topics, which require in-depth research and analysis. Instead, critical thinking also necessitates the ability to draw conclusions from the evidence and the facts that you have gathered. Then, you have to be able to pass those conclusions on to the right people so they know what’s true and what’s false.

Conclusions that you’ve made in the past can sometimes change in the present or in the future so it’s vital to not be stubborn about your beliefs. Critical thinking requires that you also be flexible in your beliefs especially if you’re able to take in new evidence, and logic. A man or a woman who does not change their views on anything despite overwhelming evidence to the contrary cannot consider himself or herself to be a true critical thinker. While it can be difficult to let go of your innate biases and prejudices, you still should be open-minded and be able to accept the truth and the facts even if they contradict with yours.

If your mother, someone who you loved and respected, happened to have told you one day that the sky was the color red instead of blue, would you accept her statement at face value or would you go outside of the house to check, verify her statement to see if it was true or false? If you are not a critical thinker and a great son, you would choose option #1 and believe that statement without actually checking to see if it’s true. If you are a critical thinker but still a good son, you would choose option #2 and tell your mother later that the sky is actually blue because you went outside to see its’ color for yourself. Even if your mom might be offended by your conclusion, she would still love and respect you for being a critical thinker as is necessary.

To put it bluntly, there are a lot of people out there in different industries that are not critical thinkers and they’re hoping the same about you. I don’t want to name names but you’re likely to encounter them in your neighborhood, your city, and your city. However, if you’re able to develop the right personal habits and characteristics, you’ll be able to set yourself apart as a real critical thinker rather than just a person who believes what he hears, reads, or listens to all of the time regardless of the source it’s coming from.

Those habits involve being a problem solver, an evidence gatherer, a decision maker, a rational thinker, being able to reason with others, and an inquisitive learner above all else. While critical thinking isn’t mandatory in life, you’ll still go a lot further and succeed more when you put those skills and habits to use when compared to those who don’t. If you’re an open-minded, intelligent, mature, and inquisitive person, you’ll turn out to be a good critical thinker and a positive example for others to follow.