“In a year of ‘red lights’, it’s been both enlightening and refreshing to read a book by a man who has spent his first fifty years on the planet chasing ‘greenlights.’ That phrase of catching ‘greenlights’ is also the formal title of Matthew McConaughey’s memoir / autobiography / personal growth tale that quickly draws the reader in.” 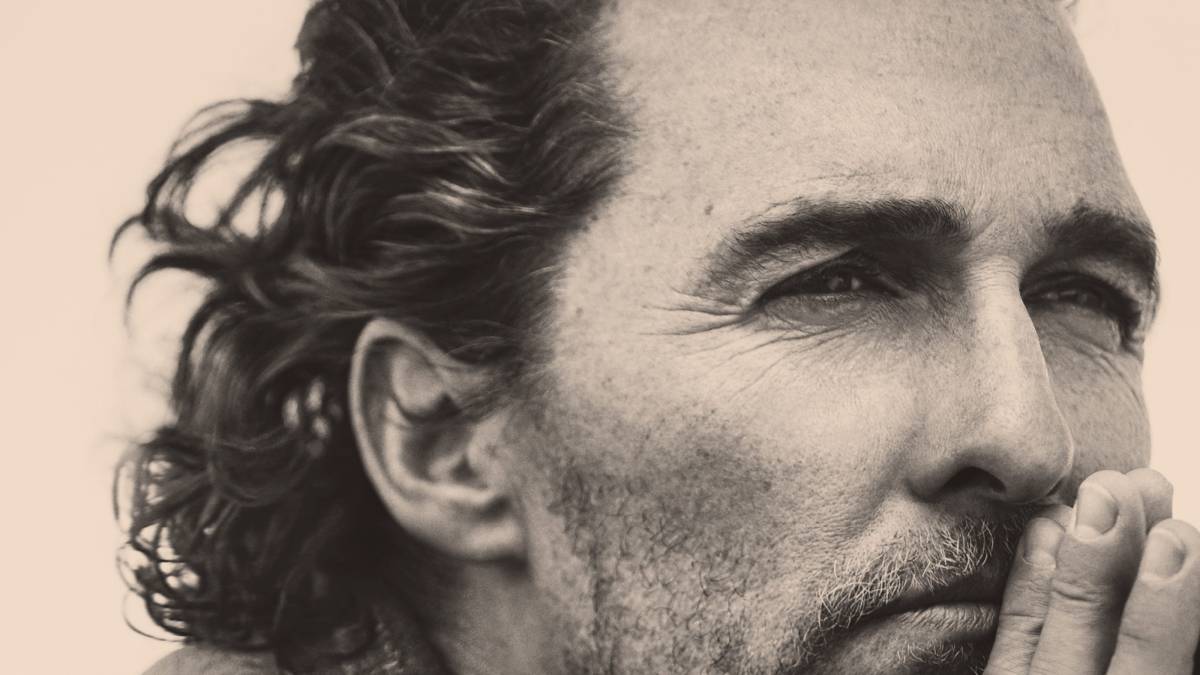 In a year of ‘red lights’, it’s been both enlightening and refreshing to read a book by a man who has spent his first fifty years on the planet chasing ‘greenlights.’ That phrase of catching ‘greenlights’ is also the formal title of Matthew McConaughey’s memoir / autobiography / personal growth tale that quickly draws the reader in. I first heard about Mr. McConaughey’s book when he appeared on the ‘Joe Rogan Experience’, Joe Rogan’s popular podcast. Mr. Rogan coined the book as being ‘whiskey philosophy’ with McConaughey being the philosopher over a glass of whiskey.

I found this metaphor to be quite fitting for the book ‘greenlights’ as the author talks about his life foremost as an observer and a reflector who is able to take a step back and analyze his decisions, his perspectives, and his overall views on his life and how he got to be who he is today. You immediately feel comfortable with McConaughey’s narrative and his ability to tell stories like you were sitting with an old friend over a fire pit drinking whiskey and regaling each other with both good times and bad. Throughout the book, you feel welcomed in and embraced as if you were right there with Matthew having a chat.

What I do love most about ‘Greenlights’ is the raw honesty and the ability to peer into a life like his, which I would argue is different from your average celebrity. Instead of obsessing over the glitz and glamour of being famous in Hollywood, you spend more time with McConaughey in different places around the world. I, for one, did not know that he was an avid traveler ever since he took a gap year in high school to go to Australia on an exchange program. He has often felt the call to go out in the wild, to be secluded from others, and to meet new people along the way.

Surprisingly, the book takes us from the Chihuahua Desert of West Texas to the autobahns of Germany to the jungles of the Peruvian Amazon and across the ocean to the small villages of Mali. One story of Matthew’s that stood out in particular was his wrestling match with a local Malian villager who challenges him as the only white man who has shown up as a guest to wrestle together. It’s not clear to the reader who wins the match, but it doesn’t matter to the village who sees Matthew wrestle. What is most important to them is that he accepted the challenge and not about who won or who lost.

I find that this particular story resonates across Matthew’s life so far and his willingness to put himself out there. Whether it’s going up to ask the woman he eventually marries if he can make her a margarita to seeking his permission from his father to go into acting as long as he doesn’t ‘half-ass it’ to keeping his promise to become a father because that was the most important thing for him to do in life, McConaughey is always willing to accept a challenge and embrace the possibility of failure. His ten guiding goals of what he wanted out of his life back in 1992 when he begun to keep a journal and of which he details in the book of what they were shows the readers how he may have taken a few detours but was able to stay true to his values and his desires even though he’s still working on a few of them.

His main goals of being a father, meeting the woman who was best for him on Earth, putting family first, and even winning a Best Actor award did not happen automatically and he had to run through a number of ‘red lights’ in order to get his ‘greenlights’ eventually. While ‘red lights’ would dissuade a lot of people to keep pushing such as being placed in romcoms for over ten years like Matthew was or perhaps having a falling out with his mother due to his having children out of wedlock, these ‘red lights’ did not discourage him from staying committed to who he was as an actor and as a person.

I think the main message of ‘greenlights’ is to not let the inevitable ‘red lights’ stop you from pursuing your goals and once you see an opportunity, you have to run with it and work hard to turn those lights green. Another particular example from the book that stood out to me was Matthew’s insight to playing Ron Woodroof in the acclaimed film, ‘Dallas Buyers Club’, an immensely emotional role, which led McConaughey to win the Best Actor award for his performance. The role itself wasn’t probably the highest paying role for an actor nor was it going to be a huge box office hit like his previous romcoms.

I believe Matthew took the role because how moving the personal story of Woodroof was and how he was moved to tears talking to Ron’s family and learning about his life through Ron’s own personal journals. While the actor and the man portrayed are very different, they are both native Texans and avid journal keepers. Matthew details his intense diet of losing up to 50 pounds to play the role in the movie and how he had to put himself in the mind of a man quietly dying from the horrific AIDS virus, which was stigmatized at the time. Even if they had to do the film over-budget, it was being made because Matthew, like all good actors, knows a good passion project when he finds one and puts all of his effort into acting the role to make the film as good as it can be. In this case, he won the Best Actor award and made his father proud who tells him the book to not ‘half-ass it’ and those words of encouragement stuck with Matthew.

In addition to seeing Matthew’s life play out since he was a child growing up in Texas, you get to see his really well-written poems, notes, anecdotes, and short stories, which really do convey an intuitive wisdom to them. From discussing love to pleasure to pain to truth to meaning, these poems scattered throughout the book are refreshing to read and relate to his life as a whole. His scribbles, notes, and recollection of different events in life is quite impressive. I do believe even more so after reading ‘Greenlights’ how I should start keeping my own journal for the long-term. Matthew was successfully able to turn his journal full of notes, memories, poems, and stories in a really good book about self-discovery, personal growth, the stages of life from childhood through adulthood, and one’s journey in seeking out ‘greenlights’ even when they can be few and far between as they have been for many of us throughout 2020.

At 285 pages, this is a great memoir and autobiography that doesn’t feel like its length. It is very much an easy page turner that doesn’t feel forced or slow-going. It really grips you for the ride and McConaughey’s life has been full of adventures, events, and precious memories up to year 50 where the book concludes. My only suggestion for improving the book or adding on to it in the future is to really focus more on the ‘red lights’ that happened in the author’s life and what specifically did he learn from those lean times as someone struggling as an actor or having family troubles or being tired of singledom.

I would be curious to learn more from Matthew about what advice he would give to someone during those ‘red lights’ times and how to make the most of them or how to best turn them green in the future. I did find that part to be missing from ‘Greenlights’ a bit too much as the ‘greenlights’ got a lot of the book space whereas I think it’s the ‘red lights’ in life that cause us to reflect more, learn more about who we are, and challenge us to be more creative in overcoming adversity.

In conclusion, ‘Greenlights’ by Matthew McConaughey is one of the best books of 2020. It is an engaging, emotional, and insightful look into a man’s life who has been one of the most important actors and entertainers of the past few decades. You learn a lot more about who Matthew is, what drives him, what’s important to him, how he views family, friends, his career, and what truly matters in life. I enjoy his whiskey philosophy and if I happened to be hanging out in Texas with anyone such as having a stiff drink and swapping stories together, it would be with Matthew McConaughey.