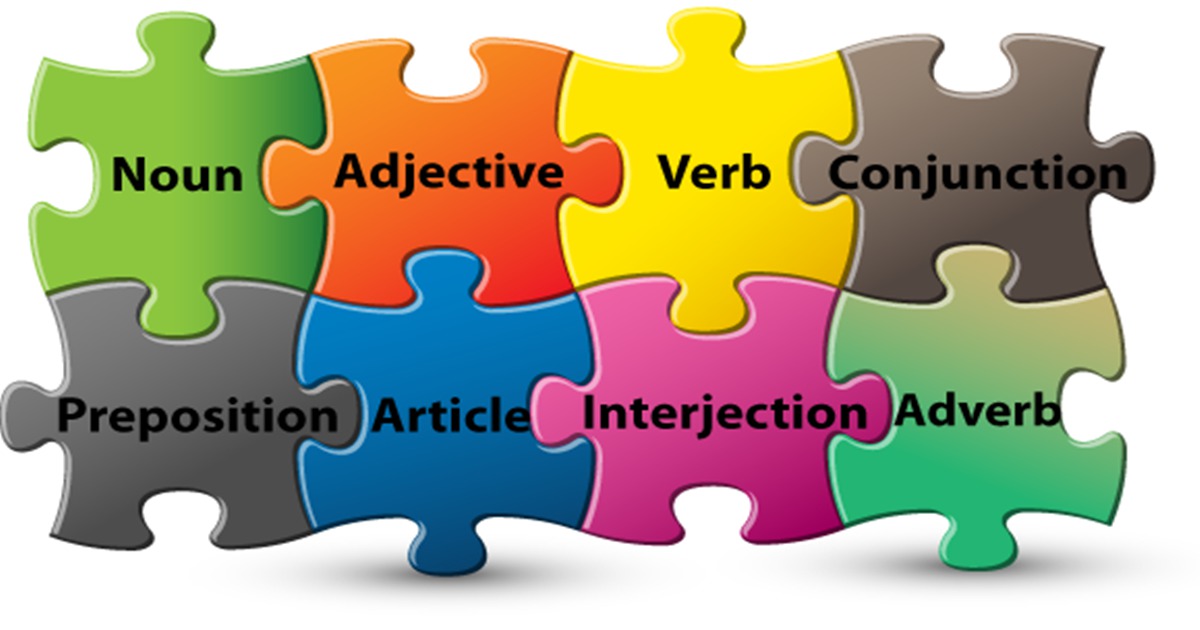 There are eight basic parts of speech in total: Noun, Pronoun, Verb, Adjective, Adverb, Prepositions, Conjunction, and Interjection. I would argue that the noun is the most commonly used part of speech while the interjection is the least commonly used one. Pronouns, Verbs, Adjectives, and Adverbs are going to come up a lot in English with Prepositions and Conjunctions being less common but still important to know about.

2.) Pronoun: A word that stands for nouns or for words that take the place of nouns. When it comes to pronouns, you’re referring to somebody or something indirectly whether it is he, she, or it. If you are referring to more than one person or thing, you would have to use the plural they, we, you in order to get your point across. Personal pronouns are also apart of this part of speech as they are also used regularly with him, her, etc. being very useful.

Cynthia said that it is a very hot day today.

Please let her know that we send our deepest thanks.

3.) Verb: A word that expresses time while showing an action, a condition, or the fact that something exists. Any complete sentence will display or showcase a relevant action that will draw the reader’s attention to your writing. There are thousands of verbs in the English language but the most common are eat, drink, go, have, do, be, etc.

Writers write fictional stories in order to entertain their audience.

Baseball players play the sport because they are passionate about it.

While millionaires have a lot of money to spend, they are not always happy about that.

4.) Adjective: A word that is used to describe a noun or give a noun or pronoun a specific meaning. The process of an adjective describing a word is modifying it to become more descriptive. Descriptive words help to give life to your sentence and make it stand out to the reader. Adjectives answer important questions about the details of a sentence such as:

The newlywed couple lives in a beautiful house.

Thomas is a kind and caring teenager.

Martin’s family is very generous to the community.

5.) Adverb: A word that adds meaning to a sentence or modifies three different parts of speech such as a verb, an adjective, or another adverb. While not as common as the other parts of speech, adverbs are really useful when it comes to giving directions and providing needed details. One of the purposes of an adverb is to modify a verb and answer the question:

– Where? Fall below, Move aside, Step down
– When? Arrived today, Left early, Came late
– In what way? Happily ran, Will run abruptly
– To what extent? Partly understands, Dry completely, Fully accomplish

6.) Preposition: A word that relates to a noun or pronoun, which appears in relation to another part of speech in the sentence. These are usually small words but that carry a big impact in terms of forming the complete meaning of a sentence. It is vital to understand when and where different prepositions are used in order to not get confused about them. There are dozens of prepositions but I have listed below some of the most commonly used ones. Prepositions are one of the most important aspects of mastering English grammar.

While not its own part of speech, Compound Prepositions which are made up of more than one word are also important to memorize. Some examples include: According to, ahead of, because of, in place of, in regard to, prior to, out of.

7.) Conjunction: A word that is used to connect other words or groups of words in a sentence. Conjunctions are essentially the glue that hold the sentences together with two related ideas being joined by words like and, because, for, or when, if, etc. Conjunctions usually come in the middle of a sentence but it is possible that they can come near the beginning of the sentence or towards the end as well. However, conjunction words rarely ever start the sentence or come at the very end of one.

He is the chief of police and also is a part-time National Guardsman.

This would be a good time for you to pull the lever.

I would like that idea better if you backed up your claim with facts.

8.) Interjection: A word that expresses feeling or emotion; it functions independently of a sentence. Interjections are probably the most fun you can have in writing a sentence. You get to use fun, short words such as ah, ha, bravo, goodness, great, hurray, oh, oops, well, ugh, or whew which are all examples of words that express different feelings or emotions in the English language.

When it comes to where to place interjections within a sentence, there is a lot of flexibility about that. Usually, they come at the beginning or end of a sentence but it is up to the author entirely. Interjections are very important to use when writing dialogue for characters in a story or fictional novel. Interjections are the best part of speech to use in order to spice up your writing and make the reader engaged in the content.

“Phew, I thought Mr. Jones was going to collect our Science homework today.”

“Bravo! That performance by your orchestra was incredible tonight.”

“Ugh…why did you go and lie to your parents? That was not a good idea.”

Overall, this is a good introduction to the eight parts of speech used in the English language. Over the next few weeks, you’ll see further posts that go more in depth about certain parts of speech that haven’t been covered yet such as adjectives and verbs. Until then, please be sure to use this blog post to improve your basic understanding of what parts of speech are and in which situations they are to be spoken or written. If you need to study the examples, please do so and I highly encourage readers to print out these notes to use in the future. Keep up the good work!

2 thoughts on “English Corner – Introduction to Basic Parts of Speech”