“Brazilian cheese bread or ‘Pao de queijo’ is a delicious snack that is truly delightful to have whether it’s in the morning, afternoon, or even at night.”

Brazilian cheese bread or ‘Pao de queijo’ is a delicious snack that is truly delightful to have whether it’s in the morning, afternoon, or even at night. While often served as part of a traditional Brazilian breakfast (café da manha), you can have it as an appetizer, a snack, or even as a side dish with some meals depending on your preference. I do believe it is best served with come coffee or tea to wash down the bread. It really is a traditional Brazilian staple with interesting ingredients as well as a deep and culturally rich history to go with this practical dish. You should be aware though that it is hard to have just one of the cheese bread pieces and it is likely you will eat six or seven in one try.

While there are various forms of cheese bread, the Brazilian ‘pao de queijo’ is perhaps the most famous in the world and for which has the longest history. Originally from the state of Minas Gerais, ‘pao de queijo originates back to the early 18th century when many enslaved African people who worked in the local mines would make the bread as a staple food while migrating from the Northeast of Brazil to the Southeast such as the historical city of Ouro Preto in the modern-day state of Minas Gerais.

The mining cycle and lifestyle caused staple food production to increase such as for rice, beans, cornmeal, pork, but also cheese. In Minas Gerais, farmers and cooks would use starch or cassava as a substitute for wheat to bake as a wheat substitute for form the bread for the cheese. With cheese chips or pieces mixed into the cassava or starch, the cheese bread would be made for the farmers by the slaves or for themselves as miners as they mined for gold in the colonial era.

Wheat never took hold in terms of forming the bread needed especially since the climate was not suitable for Northeast Brazil, which was instead imported from Europe later on for the King and his royal adherents. Instead, cassava tuber was used as a substitute in making ‘pao de queijo’ as a staple food. The cheese would be grated and hardened inside the cassava flour and rise after being baked in the oven to become the popular cheese bread food it is today across Brazil.

Today, there are many different variations on ‘pao de queijo’ making it a fun dish to make depending upon your preference of starch, of cheese, and of temperature to bake it at. You can use both sweet or sour starch or cassava as is traditionally done. You also can choose from different types of cheeses as well from mozzarella to parmesan to cheese which is native to the state of Minas Gerais and has its own unique flavor. Adding egg to the recipe also adds flavor and needed color to the final product as well. Also, as an option, you can smear a bit of fat whether it is butter, margarine, lard, or vegetable oil on the cheese bread to make it more elastic and stretchable to eat pieces of at a time.

Some recipes can add meat inside with the cheese or potato as well although I confess that this kind of ‘pao de queijo’ is not that popular. I think it is important to keep in mind that the cheese can also be pre-boiled to add to its overall flour before baking too although it is not necessary. As for the cheese, it is good to use the traditional ‘Minas’ cheese if you’re in Brazil but if you don’t have it available, mozzarella or parmesan are good substitute options to have.

You cannot have ‘pao de queijo’ without having the texture down, so you need to have the cassava starch as part of the main ingredients. The balls need to be an inch or two (3-5 cm in diameter) and need to be in that form before you bake them. Unlike other cheese breads, you are using unleavened bread for this snack dish so the dough will expand due to small pockets of air that are left to grow during the baking process. Tapioca starch is also used for the ‘pao de queijo’ as well and it is quite common to add dipping sauces or additions like catupiry (Brazilian cream cheese), Guava sauce, dulce de leche (caramel sauce) as well to have as a dessert.

When you come to Brazil, you will find this popular snack almost everywhere including convenience stores, delicatessens, restaurants, snack bars, etc. The locals will encourage to at least have a few of them and sometimes up to eight or ten. It is the perfect snack to have with friends, with family, or over a coffee with a new acquaintance. A simple yet delicious staple food of Brazilian cuisine: You haven’t experienced all of Brazil until you have had a bite of ‘pao de queijo.’ 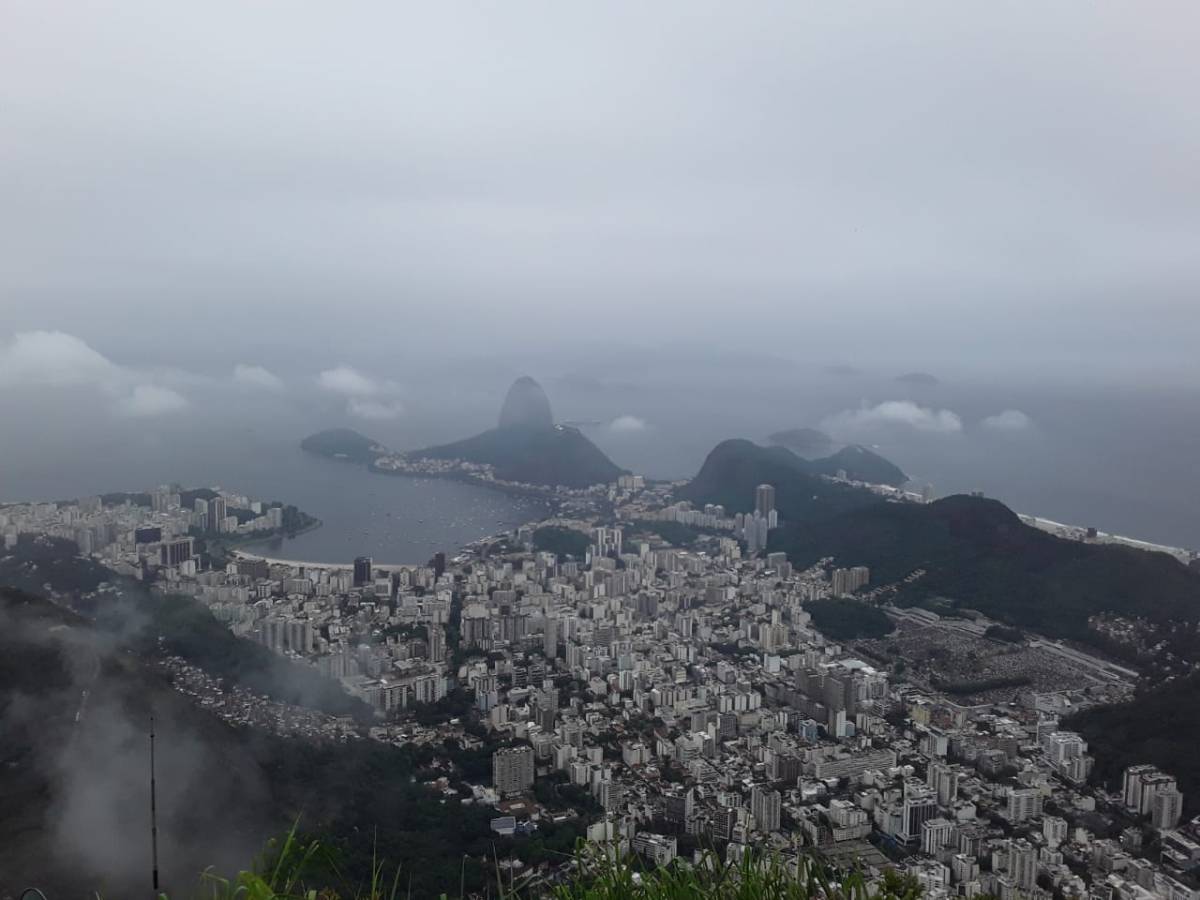 “A growing and popular martial art can be found in Brazil known as Brazilian Jiu Jitsu. While Jiu Jitsu or Judo originated in Japan and was meant more for fighting and hand to hand combat, Brazilian Jiu Jitsu is more focused on using the skills of grappling and then submission in order to become victorious.” 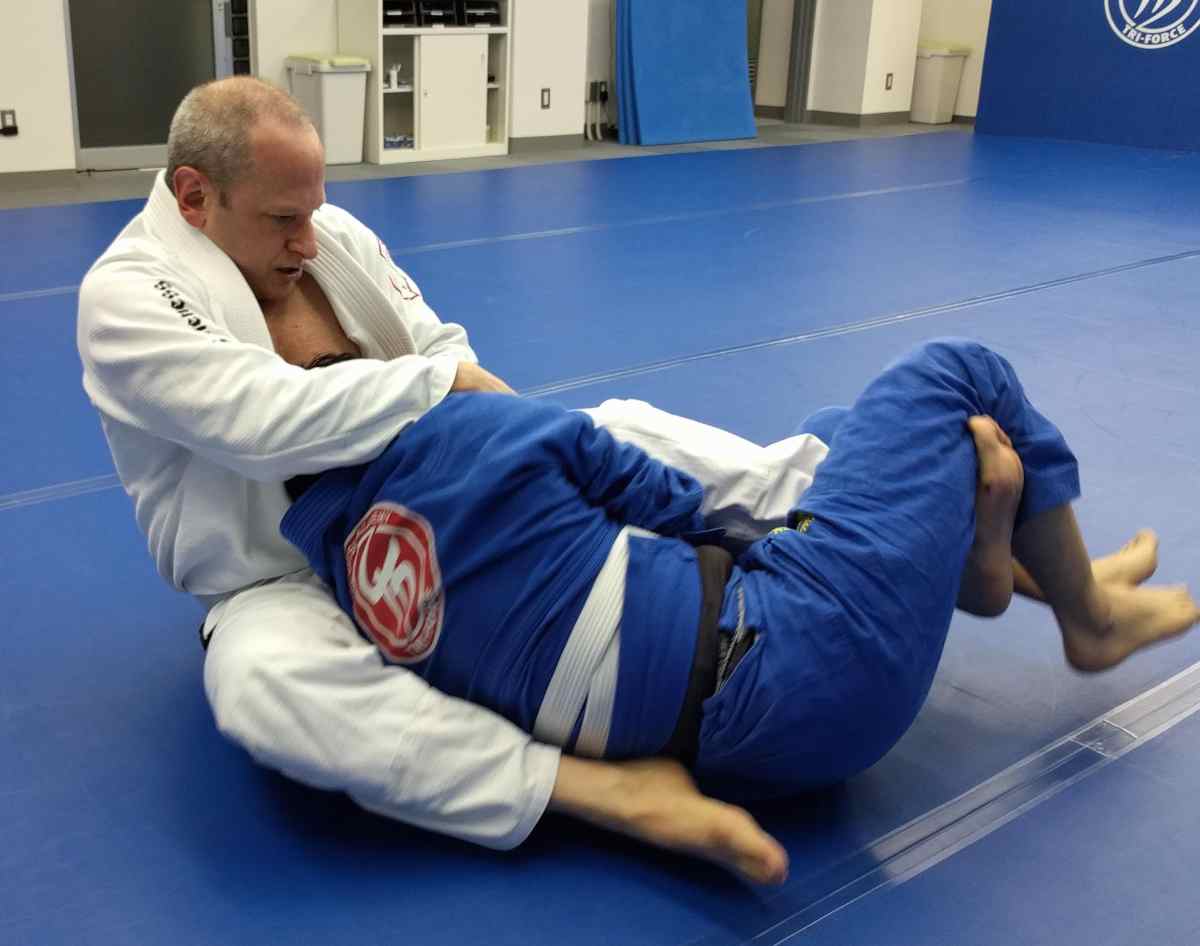 You cannot fully enjoy a culture until you dabble in or learn about its martial arts if that culture has them available. From Karate in Japan to Kung Fu in China, most martial arts are thought to be of Asian origin but that is not always the case. A growing and popular martial art can be found in Brazil known as Brazilian Jiu Jitsu. While Jiu Jitsu or Judo originated in Japan and was meant more for fighting and hand to hand combat, Brazilian Jiu Jitsu is more focused on using the skills of grappling and then submission in order to become victorious.

Brazilian Jiu Jitsu has become more popular in recent years especially due to the corresponding growth of the Ultimate Fighting Championship (UFC) sport, which focuses on mixed martial arts training including BJJ as part of a fighter’s overall repertoire. Jiu Jitsu originated as a martial art in Japan and was firstly used by Japanese samurai warriors as a means of self-defense especially if they were unarmed and without any other way to fight.

While Japanese Jiu-Jitsu has morphed into the modern Judo sport, which emphasizes throws, takedowns, and joint locks, Brazilian Jiu Jitsu was founded as a martial art that is similar but focuses primarily on ground fighting including submission and stamina.

A student of the traditional form of Japanese Jiu Jitsu and a participant at the Kodokan, Mr. Mitsuo Maeda brought his training and his over twenty years of experience with him over the ocean to Brazil where he arrived in 1914 essentially founding the sport which became known as BJJ. Maeda had a lot of prowess in Judo actions like throws and takedowns, but his specialty was in ground fighting, which made it logical for him to want to help create a new form of the martial art.

History was made when Maeda met Gastao Gracie, a businessman, who encouraged his sons including Carlos and Helio to study Jiu Jitsu with Maeda as his students. Over time, the two brothers adapted the Judo style of jiu jitsu to their own liking including the ability to adapt the system of ground fighting known as ‘newaza’ to be more of its own kind of sport and that anybody of different size or strength could learn about. Instead of relying on pure strength like Judo, BJJ relies more on knowledge of the various moves you could make, anticipating your opponents’ actions, and using speed to gain an advantage over your opponent.

For many years, the Gracie family would create Brazilian jiu jitsu and establish this unique fighting style, which incorporated other elements of wrestling, judo, and jiu jitsu but is primarily focused on how to grapple and submit your opponent on the ground. Since the Gracie family were experts in the sport they help found, they rarely lost a match but ended up spreading the sport around Brazil and the rest of the Latin America throughout the latter half of the 20th century. Without their influence, their competitions, and their move creations, BJJ would not be as popular as it is today.

Rorion Gracie later came to the United States in the 1970s to spread the sport to America in the hopes that it could compete with boxing, karate, wrestling, and other forms of martial arts that had gained a hold in the popular culture. Rorian Gracie’s biggest move in terms of popularizing Brazilian Jiu Jitsu and helping to mainstream the sport was making it part of the skillset needed for the Ultimate Fighting Championship (UFC). Rorion co-founded the UFC along with Bob Meyrowitz and others which came about in November of 199

Rorion’s younger brother, Royce, was an instrumental part of showing how Brazilian Jiu Jitsu could be instrumental in helping a smaller or less big fighter win a match due to the leverage, technique, and thinking involved in making the right move at the right time. Royce Gracie is one of the greatest MMA fighters of all time and is in the UFC hall of time. His influence helped paved the way for the Brazilian form of Jiu Jitsu being integral to competing in mixed martial arts with its grappling, submission, and ground fighting techniques.

The Gracie’s have helped create many new BJJ fighters and MMA fighters in general. From Brazil to America to the rest of the world, BJJ is an extremely popular martial art whose origins in Rio de Janeiro by way of Japan have changed people’s lives for the better. Not only great for one’s sense of accomplishment, BJJ is great exercise and good for one’s mental health too. While not as physically punishing as boxing or wrestling, you have to be in great shape to win in a BJJ match and to do rolling (sparring, grappling) with another classmate in a class.

From podcast host Joe Rogan to TOOL musician Maynard James Keenan to the late, great Anthony Bourdain, Brazilian Jiu Jitsu counts millions of students from around the world who rank from white belt to black belt. GI or No GI, you don’t need to be a certain size or weight level to get started. You just simply need to be determined, practice at least a couple of times a week, and be willing to learn a lot in order to be successful in this particular martial art. Once I have the chance to do so, I would like to start training and getting involved in Brazilian Jiu Jitsu and I hope that you at home will consider giving it a chance as well. Good luck. 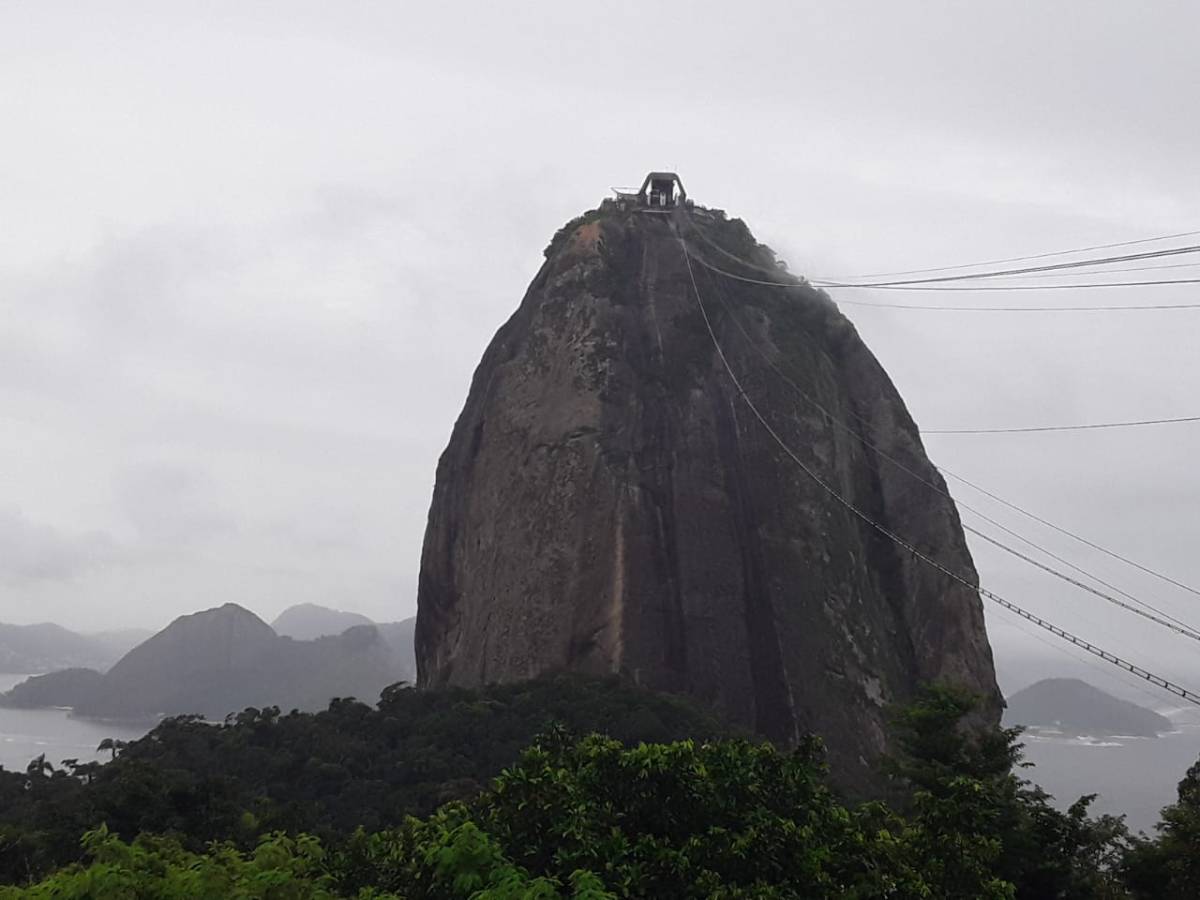 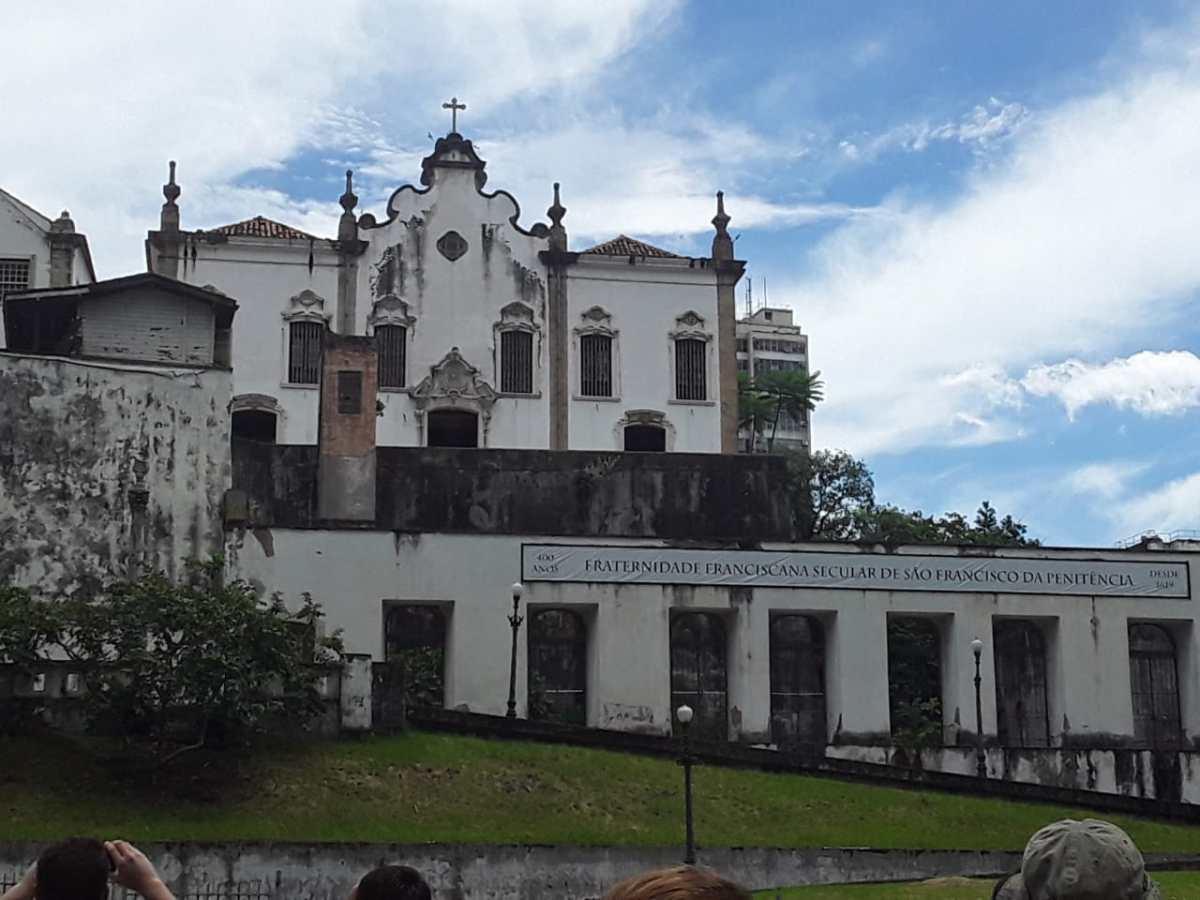 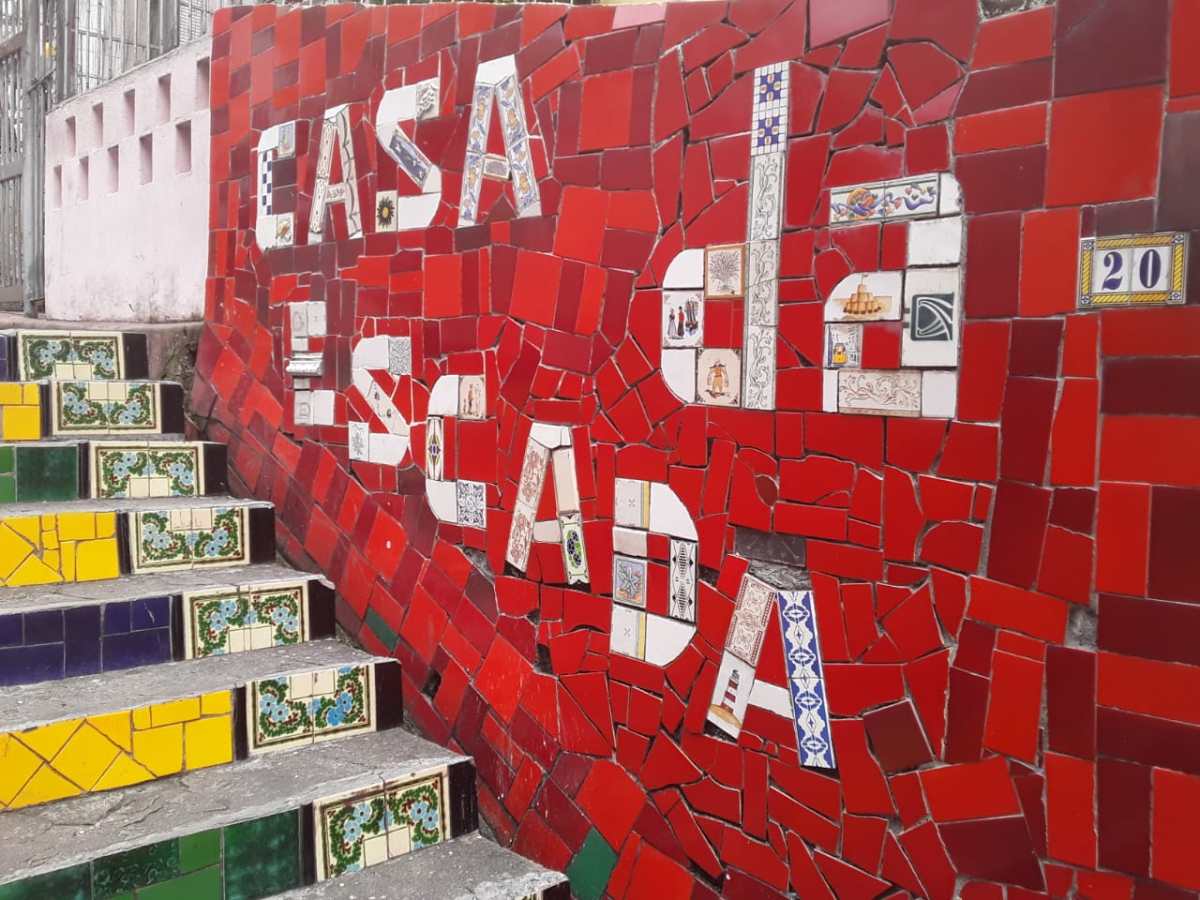 “One of the most famous football stadiums in the world and which was featured in the 2010 FIFA World Cup in Rio de Janeiro, Brazil.”